The sense of grandeur is a common theme in today’s architecture, says
Frank Kershaw, recently retired director of policy and development for
the City of Toronto, and recipient of the Garden Club of Toronto’s
Award of Honour. This means Canada’s suburbia is replete with massive
homes set back on the lot to give the appearance of a large front yard. 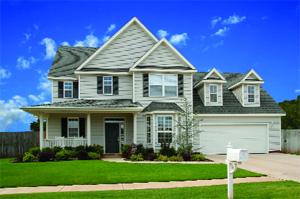 The sense of grandeur is a common theme in today’s architecture, says Frank Kershaw, recently retired director of policy and development for the City of Toronto, and recipient of the Garden Club of Toronto’s Award of Honour. This means Canada’s suburbia is replete with massive homes set back on the lot to give the appearance of a large front yard. But building lots are only so large, he notes, and the further a house is moved to the rear means there is often very little space in the backyard.

Kershaw says that many of the people who bought into the illusion of big house, big yard are either approaching retirement age or are able to work part time which gives them more time to devote to their gardens. Without any sizable backyard to speak off, they are forced to use their front yard for their new “lifestyle living,” he says. This aging generation has brought about a whole new style of sophistication to gardening that never really existed before, and garden centre operators are advised to keep up the with the trend.

First time gardeners with such homes do not have the luxury of playing with plants in their backyards, hidden from view, but have to do their experimentation right in the front yard for everyone to see, including the Joneses next door.

Kershaw then made some observations of what he has seen in front and side yard gardens over the past 40 years to attendees at Toronto’s Congress 2007.

Foundation planting became very big during the 1960s. Perennials, rose bushes, small evergreens and ferns were all packed tightly around the foundation of the house. Statues and urns were added into the works later on.

During the 1970s and 80s plants began to weigh anchor from around the house and started to drift onto small islands amidst the ocean of grass. In some cases, it could be one large island, in others a series of small islands throughout the yard. A sense of formality developed in some cases with herb and rock gardens. Victorian homes added statuary, and elaborate gardens were designed to accent the stateliness of the house.

The cottage garden look was also popular during this time with folk art touches such as hand-carved sea gulls mounted atop wooden posts, or fishing nets, lobster cages and sea lanterns adorning the yard. The garden areas were generally a loose weave of plants throughout the yard with bulbs for spring, and flowers such as black-eyed Susie for the summer. Kershaw notes these planting looked fine during the warm months but the absence of evergreens generally left the cottage looking cold and abandoned during the winter with only a frozen gull to gaze over the sea of snow.

Front yards, and gardening in general, were given a full rethinking and revamping during the 1990s and early 2000s, says Kershaw. Entire front yards were gutted, the grass was ripped out, and native plants put in its place.

Gardeners also stopped defying the natural conditions of their yard and began planting material that suited it. Shade plants were put in yards that are under perpetual shade. For those on drumlin soils in full hot sun, dry-scape gardens were established with cacti and other drought tolerant plants added with a thick mix of mulch.

This was a total makeover of conventional gardening thought, says Kershaw, and while very popular in Toronto yards, he has also seen it in many rural settings.

With pretty much only a front yard to work with, today’s gardeners have gained some sophistication and have learned that “less can be more,” says Kershaw. He explained that instead of the rock gardens of the past, he often sees a few rocks placed here and there upon a pea gravel base. The same can be said of plantings that are not as intense as before but broken up more with ferns in the mix. A Japanese theme can be introduced by using ground cover to lead a path to the front entrance with a pagoda tree planted just to the left of the door.

Of the house itself, Kershaw says, “low slung architecture best attracts low slung plants.” If the house is on a high grade, rocks placed half way up the slope, or a cluster of ornamental grasses, can make the view less stark. He has noticed many homeowners use features of the house, such as the chimney flue, as a place to decorate with hanging plants or wall hangings such as an Aztec sun. More unsightly features, such as the air conditioning unit, can be hidden behind lattice work which also creates a 3-D image.

He added that using the same driveway material for the sidewalk leading to the entrance can make the house look bigger. Low plants can create the illusion of depth, and make a front porch look larger. Short conifers can do the same, plus they bring life to a flat yard and can be used to direct attention to certain features.

Lawn features are limited only by your imagination, says Kershaw, who has seen fountains, cisterns, bird baths, and hollowed out stones used as planters. Recycled material is gaining in popularity too and can include: anvils, mailboxes, urns, clay jars, strawberry pots, weathered tree stumps, milk cans and old farming implements. “Such items not only break up the yard, but they make for great discussion pieces,” says Kershaw. He also advised his fellow gardeners that valuable features are best bolted down or cemented in place so they do not go missing.

Garden centre operators should consider carrying some of the above items, many of which can be found at yard sales, auctions or during the municipal spring pickup. The items can be cleaned up, painted or decorated and sit for sale among their plant stock. Plants native to the area are also in high demand. Kershaw suggested carrying outdoor lighting equipment that is gaining in popularity.

Binbrook and hanging baskets are saleable items, as are benches, sculptures, lattice, arches, arbours and gates. He also suggested having ribbon, bows and bells on hand in the fall for those preparing for winter. “Plants can create the illusion of space,” he concluded, but accessory items help put the accent on your garden.

Related
The top eight gardening trends for 2010
Opportunities to jump on this year
People spending more time in the garden
Gardening with a purpose: 2011 trend