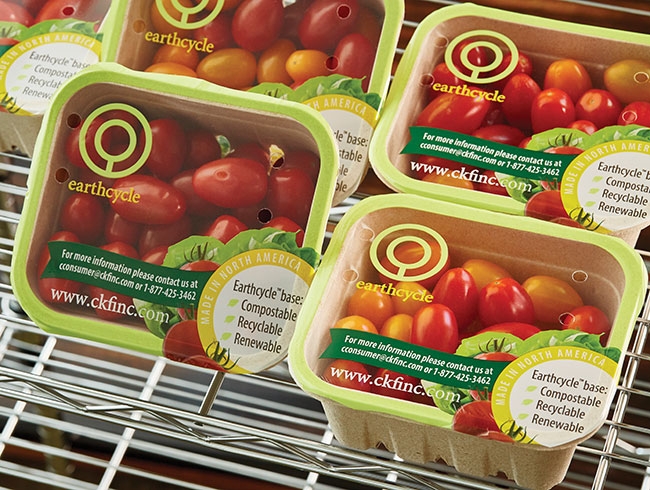 The global movement around reducing plastic use is gaining momentum. Public awareness of the problem continues to grow as consumers become more focused on sustainability and the environment.

Governments and companies around the world are starting to take action, moving towards what is being called the “circular economy” where waste is reused instead of disposed of.

Among the most prominent actions so far is one from the European Union (EU). Earlier this year, the EU parliament approved a new law banning single-use plastic items including cutlery, plates, straws, and various products made from expanded polystyrene and oxo-degradable plastics (which fragment into smaller pieces and stay in the environment).

It’s the approach Canada will look to, according to Prime Minister Justin Trudeau, who in June announced the federal government’s intent to ban single-use plastics in Canada and hold companies responsible for plastic waste. Details are limited to date as to what that will mean and how it will be rolled out, but it’s a clear signal that it won’t be business as usual moving forward.

Canada has also joined 20 other countries in adopting the Ocean Plastics Charter, which includes commitments to achieving significant reduction and recyclable goals by 2030 and 2040. Last November, the Canadian Council of Ministers of the Environment approved the Strategy on Zero Plastic Waste for keeping all plastics out of the environment.

Individual companies are making their own commitments to sustainable packaging and plastic use reduction, too.

Walmart’s goal, for example, is to have 100 per cent recyclable, reusable or industrially compostable packaging in its massive private label program by 2025.

Plastics and the waste from their use are particularly visible in produce supply chains, where ever-more intricate global logistics networks coupled with demand for shelf life have increased the need for packaging that keeps produce fresh and unblemished on its sometimes long trek from field to plate.

The direction towards reduced plastic isn’t a surprise, according to Ontario Greenhouse Vegetable Growers (OGVG) general manager Joe Sbrocchi. He says it’s been on the radar of the greenhouse sector for awhile, and they’ve already made changes to reduce the amount of plastic used in produce packaging. One example is moving from a clamshell with a hinged plastic lid to one that uses a plastic film seal.

“That was a massive investment in the industry; every marketer has the capability to do top-seal now and that has reduced plastic use from 18 to 25 per cent,” he says.

The Canadian Produce Marketing Association (CPMA) has set up a plastics packaging working group this spring to address plastic use in the sector, establish what’s already being done by the industry, and develop a plan to reduce the environmental impact of plastics without compromising food quality and safety.

Twenty-three CPMA member companies are part of the working group, including OGVG.

“We’ve joined with CPMA and a group of diverse companies to ensure we are addressing this very important issue from the perspective of logic and common sense, as well as cost, too. From the outset, we are working on a thorough understanding of where things lie today – we don’t know what we don’t know,” Sbrocchi says. “We also need to look at where we can take things into the future, but also where we have to make trade-offs if you move to less packaging. For example, shrink will go up substantially if you sell everything in bulk again. Because produce is usually the first thing you see when you walk into most retail stores, you may think it generates a lot of plastic waste, which is not the case. The percentage of landfill waste that produce packaging generates is miniscule.”

The transition from bulk to plastic packaged produce has helped reduce food waste in the supply chain and lengthen product shelf-life. For example, wrapping a greenhouse cucumber in plastic film increases its sellable shelf life from around three days to 15 to 17 days – that’s because it limits how the product breathes and keeps it hydrated, he says.

Plastic packaging has also let marketers do a better job of presenting their produce, preserving quality throughout the supply chain and creating better levels of food safety.

A former retailer himself, Sbrocchi believes that cost and convenience are the two biggest barriers to widespread adoption of environmentally friendly alternatives.

Compostable containers for greenhouse tomatoes made from compostable molded fibre.

“There is technology today that most greenhouse producers could put snacking tomatoes into a truly backyard-compostable package, but it will cost five to seven times what a rigid plastic container costs,” he says, adding that uptake would expand only if use was mandated, driving economies of scale, and nobody would be disadvantaged at the same time. “Currently, I’m not sure consumers are willing to pay for it and neither are retailers.”

As for convenience, Sbrocchi notes that “A lot of fresh produce goes home with the consumer cut up or processed,” and how consumers might react to the erosion of convenience is still unknown.

According to Dr. Keith Warriner, professor and food safety expert from the University of Guelph, moving away from plastic consumer packaging would have mostly indirect food safety impacts. Reduced functionality of compostable or biodegradable packaging is more of a concern, he says, as moisture from the produce could be absorbed by packaging, causing it to weaken and produce to spoil.

“I think the lack of integrity of the natural packaging could be an issue as it can fracture,” Warriner says. “And convenience foods like microwaveable potatoes for example – you couldn’t do that with compostable or biodegradable containers.” Furthermore, biodegradable materials can potentially support the growth of microbes and lead to shorter shelf life, he says.

Despite industry concerns, demand for more environmentally friendly packaging is growing – and innovation is steadily improving the performance and functionality of those alternatives.

Canadian packaging supplier CKF Inc. is the largest thermo-form molded fibre manufacturer in the world, servicing both food service and produce sectors and known in particular as the producer of Royal Chinet disposable plates.

“Since 2013, sales have increased substantially every year – the demand is there,” says Shannon Boase, director of new market development and former owner of Earthcycle. “The Earthcycle brand has two main segments, food service and produce – and produce is seeing stronger growth.”

She acknowledges that CKF’s molded fibre products come with a higher price tag, largely due to scale and a difference in raw materials. Conventional plastic is petroleum-based with long-standing economies of scale, whereas molded pulp uses a blend of virgin and recycled wood sources and is not as widely used.

Recognizing that molded fibre isn’t the appropriate packaging substrate for all types of produce, their R&D is targeted at very specific sectors. Mushrooms is one example – large-scale commercial trials in the UK have shown that their product actually offers longer shelf life; berries and tomatoes, where it matches that of conventional packaging, is another.

In mini cucumbers, CKF has replicated and modified the traditional black foam tray in molded pulp, and has been receiving positive feedback from growers using the product. Strong niche segments are cucumbers, soft fruit, tomatoes, mushrooms and organic produce.

“We work closely with market sectors where we know our material adds value. Causing food waste defeats the purpose; we turn away business if it doesn’t fit for us,” she says. “I think people assume molded fibre won’t hold up and in some cases it won’t – it won’t overtake plastic everywhere.”

CKF’s innovations are also turning heads. At this year’s Fruit Logistica, a leading global trade show for the produce industry held annually in Berlin, CKF’s top-sealable, compostable, recyclable strawberry punnet won a bronze innovation award. The pack is made with a blend of hardwood fibres and post-industrial recycled corrugate material. According to Boase, it is the first large-scale commercial roll-out of a top-sealable container made of molded fibre.

And it’s likely to be the first of many, as the company is continuing its investments into new designs and new machinery and expanding beyond its leading market in North America into Europe, the Middle East and the Pacific.

Regardless of what type of packaging is used, Sbrocchi believes there’s also an onus on the government to ensure there is infrastructure in place so waste can be recycled, re-used or otherwise properly disposed of.

“Cucumber plastic wrap is recyclable and can be made to be biodegradable, but [it’s] not accepted by most municipalities, for example,” he says. “We have to look at creating an enclosed loop and the systems have to be there to support that.”