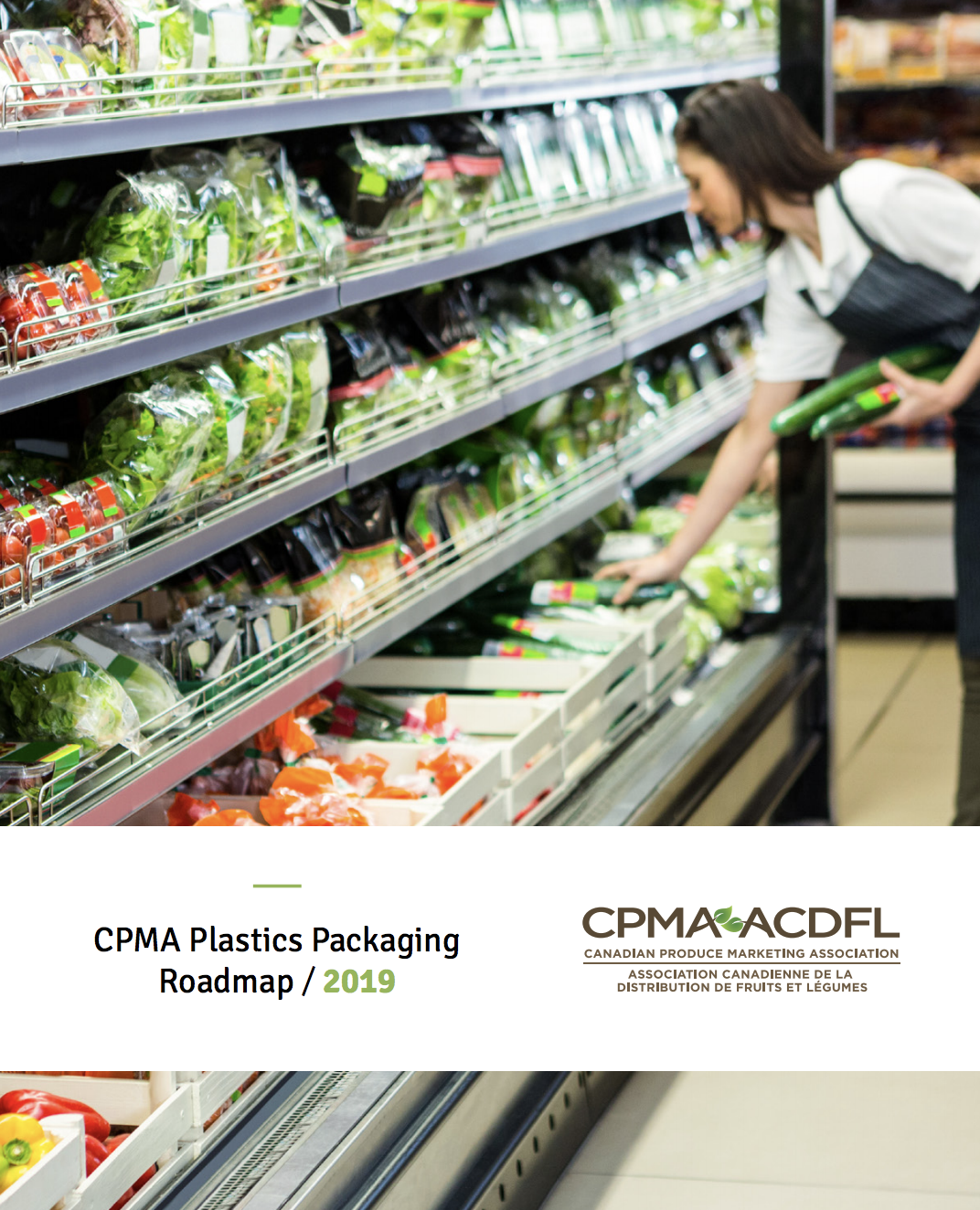 The Canadian Produce Marketing Association (CPMA) has released a technical report providing a landscape review of plastics in the Canadian fresh produce sector based on the work of its Plastics Working Group.

According to the report, “The majority of problematic plastics identified by governments and NGOs have little correlation to plastic packaging used by the fresh produce industry. In fact, UNEP identified that, in the case of fresh foods in particular, an effective alternative to plastic packaging (including bags) does not presently exist.”

The report also highlights how more than half of the fresh produce sold in Canada is not packaged in plastic. By volume, the produce sector accounts for 5.1 per cent of the plastic packaging in Canada, and the most commonly used plastic in this sector is polyethylene terephthalate (PET) a material than can be entirely created from recycled material.

As it stands, plastic packaging has been shown to extend the shelf-life of produce in transit, at retail and in consumer homes. The report also estimates that “premature withdrawal of plastic packaging” could lead to economic losses of $2.5 to 5 billion in the form of food waste.

“The challenge is not plastic packaging per se; it is the lack of integrated systems that encompass the entire plastic packaging value chain,” notes the report. “Packaging has not been designed to ensure its ease of recyclability. The lack of commonly accepted and adhered-to global standards for post-consumer recycled (PCR) plastics, combined with worldwide access to high quality low-priced virgin materials, has discouraged packaging manufacturers from choosing recycled content over virgin.” The report also notes the disparity between recycling regimes at municipal and provincial levels, as well as the lack of overall national standards.

However, the produce industry has been making changes steadily over the past few years. According to the report, 50 per cent of tomatoes previously sold in clamshells have been replaced with flexible-film lids, reducing the volume of plastic by approximately 40 per cent. Opting for thinner films has also reduced the volume of plastic used to wrap English cucumbers by 30 per cent. All in all, “over 4,500 tonnes per year of single-use plastics have been removed from the environment by the tomato and cucumber sectors alone.”

“These publications are a manifestation of CPMA’s efforts and vision for a green economy that identifies concerns around fragmented systems, unnecessary and problematic plastics, the benefits of plastics when used within the appropriate system and the need to reduce food waste and ensure food security in our efforts around sustainable packaging,” said CPMA President Ron Lemaire. “

Direct links to the published documents can be found here: