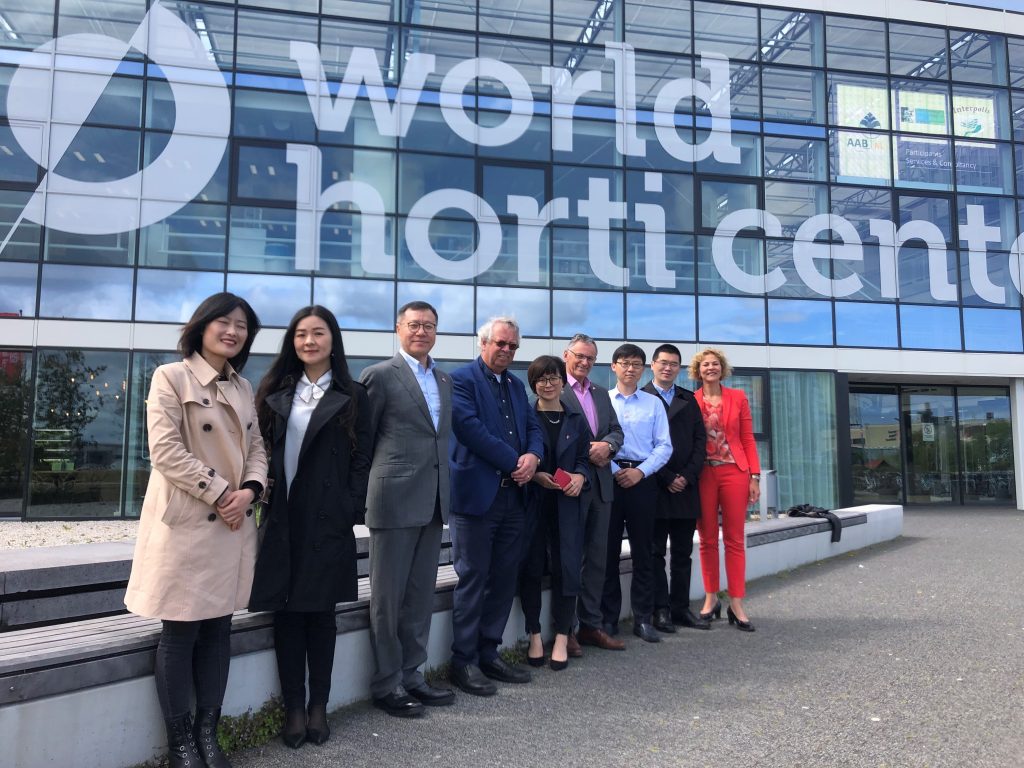 Greenport Food & Flower Xperience (GFFX) Foundation, one of the initiators of World Horti Center, signed the strategic agreement with TUS-Holdings from Beijing on in May. All parties will start looking for suitable locations for the centres, with plans to develop the knowledge and innovation centres further in the coming years.

World Horti Center says their concept – where research, education, business and government innovate, connect, create and inspire together – could already be considered a success. In its first year of existence, the centre welcomed over 40,000 visitors from more than 57 countries.

Mark Zwinkels, project director, says, “With the World Horti Centers that are going to be developed in China we are building a bridge between Dutch greenhouse horticulture and the extensive expertise that China has in the field of technology and the market potential in that country. With our partners in education and research – Lentiz and Demokwekerij Westland – and the companies that are based in World Horti Center, we can intensify the exchange of knowledge and business development. We are thereby taking an important step towards the further internationalisation of World Horti Center.”

TUS-Holdings originated from the large Tsinghua University in Beijing. Over the past 20 years, the company has grown to become one of the largest developers and operators of science and technology parks in China. The company also has shareholdings in hundreds of companies inside and outside China, including in horticulture.