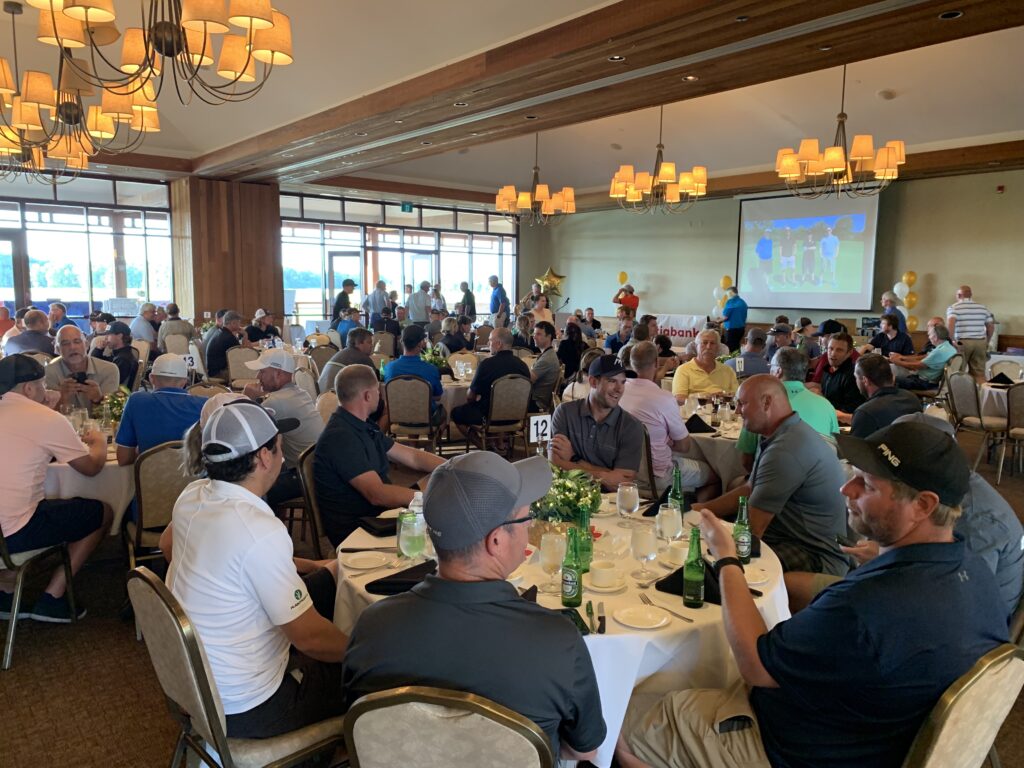 Flowers Canada Ontario (FCO) held their 50th Annual Golf Tournament on June 29th, 2022 with the largest turnout in the history of the tournament.

“There were a number of firsts at this year’s tournament,” said Rachelle Pruss, FCO’s Member Relations Manager and event organizer. “We welcomed the highest number of women golfers ever to participate in an FCO tournament. Additionally, we are very pleased to announce that with all these firsts combined with the incredible generosity of the tournament’s players, sponsors, staff and volunteers, this year’s golf tournament raised over $13,000 for floriculture research.”

All tournament attendees were treated to a boxed set of craft red and white wine from Niagara Peninsula’s Flat Rock Cellars.