Key areas to consider when bulking up growth and initiating blooms. 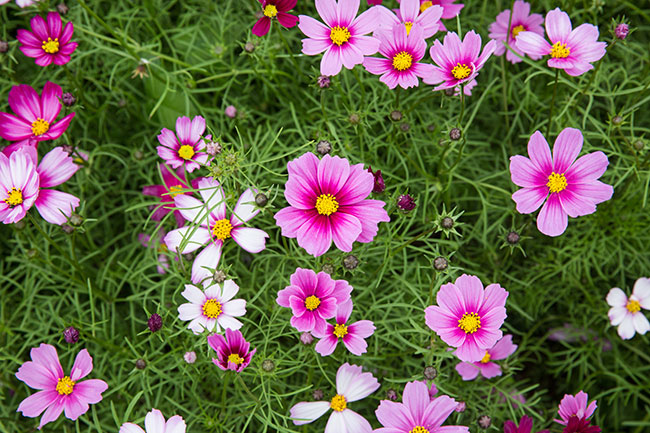 Plants have different requirements at vegetative and generative stages. To produce the best plants overall, there are key factors to consider at each stage. Photo credit: gdmoonkiller / Getty

To every plant there is a season. For commercial growers delivering perennial ornamentals, timing is critical.

Dr. Mohyuddin Mirza, former greenhouse crops specialist with the Alberta government and now an independent consultant, says the goal is to encourage vegetative growth during establishment, then generative growth in time for market.

“All perennials require that the plants are well established before flowering,” he explains. “We don’t want to set flowers on a very young plant.”

To prepare plants for flowering, Mirza advises growers to pay attention to nutrition. Perennials shouldn’t be fed a rich diet.

“This means high ammonium nitrogen compared to nitrate nitrogen,” he says. “[The] nitrogen to potassium ratio should be 1:1.5 to 1:2. Adjust pH and electrical conductivity closely. Nutritional deficiencies and toxicities can result if the pH becomes too alkaline or acidic.” 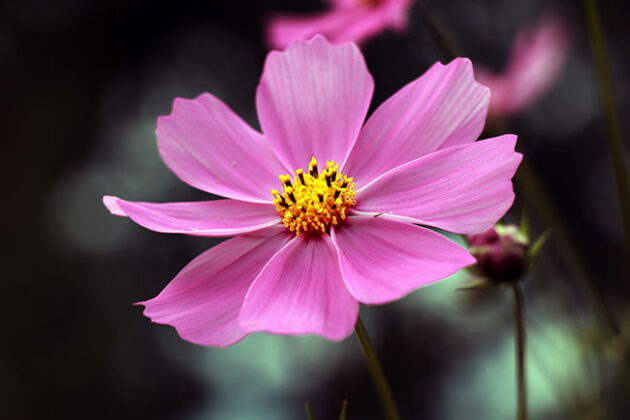 Watering should keep pace with growth, something that may take more effort with slow-growing perennials. Air humidity can be adjusted to manage temperature as well as a plant’s uptake of water through the use of set points that trigger systems to increase humidity or moderate temperatures. The growing medium should be moist but not waterlogged. If bloom needs to be accelerated, Mirza recommends letting plants wilt a little. It won’t harm them, and will encourage production.

“Any stress is a generative action,” he said. There are many types of stressors which can be applied, and many of them are related to water availability.

“For example, we can withhold water to the wilting point to induce flowering, but when soilless growing media are used, then water stress can be created through the management of Electrical Conductivity (EC). Higher EC will reduce the availability and transport of water. Many growers use cold water during the day time to create a stress to keep plants compact. Similarly, the application of growth regulators is to create a stress on perennials.”

This can’t be done too early for fear of weakening the plant, or too late lest the plants arrive late to market. “If the plant is not flowering despite your best efforts, then what you do is you wilt that plant once or twice.”

The role of lighting

During an online presentation to growers at the Pacific Agriculture Show in Abbotsford, B.C. last year, Dr. Roberto Lopez, an associate professor in the Department of Horticulture at Michigan State University, explained how most ornamental bedding plants and perennials fall into one of three categories based on their flowering requirements: day-neutral, short-day and long-day.

Day-neutral plants, as the name suggests, will flower regardless of whether they are subjected to short or long days.

For plants classified as either short-day or long-day however, they’re each divided into obligate and facultative.

Obligate short-day plants must receive short days and long nights in order to flower. In contrast, their facultative counterparts will flower more quickly under short days but are able to flower under long days, albeit needing more time and likely growing larger in size.

Similarly, obligate long-day plants flower when days are long and nights are short. Their facultative counterparts will again flower under both photoperiod lengths, but flowering will be delayed under short days.

Although the categories refer to the number of daylight hours or photoperiod, Lopez clarifies, “It’s actually the duration of the darkness that induces plants into flower.”

In other words, black cloths serve to lengthen the nighttime period, while photoperiodic lighting is used to shorten the nights. There are two primary ways of achieving the latter.

“We can have day-extension lighting, which is lighting from the end of the day into the desired photoperiod,” he explains. That typically occurs just before sunrise and after sunset. “Or we can have night-interruption lighting which is darkness interrupted by low light typically provided between 10pm and 2am.”

So, how much is enough?

Lopez and Dr. Chris Currey, an associate professor at Iowa State University, presented an overview of photoperiodic lighting strategies in a series of e-GRO webinars in 2018, where the recordings can be accessed via Youtube.

As Currey explained, each crop will have a critical photoperiod or daylength which forms a threshold for inducing flowering. “The critical day length is at or below which induces flowering for short day plants. Alternatively for long day plants, it’s the photoperiod at or above which induces flowering.” For illustrative purposes, he gave the example of a long-day plant which remains vegetative at or under 12 hours, but flowers at or above 14 hours. In this case, the critical photoperiod is 14 hours.

A second variable is the minimum number of inductive photoperiods needed to produce a flowering response – this is known as the critical cycle number. To illustrate this, Currey referred to previous work with Dr. John Erwin at the University of Minnesota. The team found that it took a minimum of 18 short days to induce Cosmos bipinnatus to flower. “When only exposed to 12 short days before being returned to long days, the plants were still vegetative and they never flowered.”

A third variable is the amount of light that a plant receives. In general, photoperiodic lighting only requires about 2 µmol/m2/s or 10 foot candles, which is enough for floral induction and can affect stem elongation. In contrast, supplemental lighting for photosynthesis not only changes the photoperiod, but can also affect plant weight and hasten flowering.

To illustrate this, Currey cited a study conducted by Dr. Neil Mattson at Cornell University, which showed how their chosen Salvia not only flowered under long days, but flowered faster when subjected to higher intensity light. Treatments of 50, 100, and 150 µmol/m2/d each corresponded to earlier and earlier flower induction. 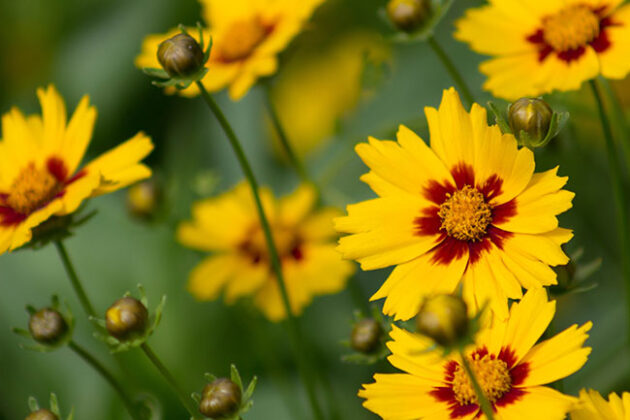 A fourth variable is light quality. Some light sources provide more red and far red wavelengths, which also affect floral induction and quality. For this, Lopez gave the example of a long-day lighting experiment in Coreopsis lanceolata. Between the cool white fluorescent lamp, high-pressure sodium lamp, incandescent lamp and metal halide lamp tested, the incandescent lamp’s far-red wavelengths resulted in greater plant stretch. The metal halide, which tends to have a higher amount of red light, produced only one flower compared to four or five in other treatments, illustrating the importance of light quality.

With these strategies, Curry offered, growers can avoid inappropriate or premature flowering, avoid delayed flowering or excessive growth, and ultimately create plants that are more marketable.

Some growers opt not to force plants, but rather match them to location.

Abbotsford-based Van Belle Nursery Inc. is one of British Columbia’s largest perennial growers, producing about 250,000 perennials a year for distribution to major retailers across Western Canada and the U.S. Key plant groups are saxifrages, violas, pansies, Bellis and sedums.

For perennials, they schedule them using their natural blooming periods, explains Pablo Costa, operations manager with the company’s retail ready division. “We try to classify in three big groups – early perennials, medium-stage (spring), and then late spring or summer.”

To accommodate bloom times, 20 per cent of the crop is transferred to pots in the fall to be ready for shipment in early spring, and the remainder is transplanted between January and March for shipment at later dates.

Any heat and light given to the plants is aimed at mitigating the stress of transplant, and ensuring they’re ready for shipment.

“I didn’t push with supplemental light,” he says. “I can push them with heat and light and everything, but who’s going to buy [and] at what price? It’s not worth it.”

For Costa, they would have to force for a six-week period and fill at least one area of the greenhouse. This would equate to almost an acre in one of their greenhouses, costing an extra $1 to $1.20 per plant.

Since COVID, they’ve seen a growing demand for perennials, rising between five to 10 per cent for early to mid-spring products. For summer perennials, they’ve experienced an 80 per cent increase along with an extended period of demand. “We adapt production and work together with the young plant division to provide plants in the summer,” says Costa, whose department uses Van Belle’s self-designed Rocketliners to speed up the process and meet the rising demand. 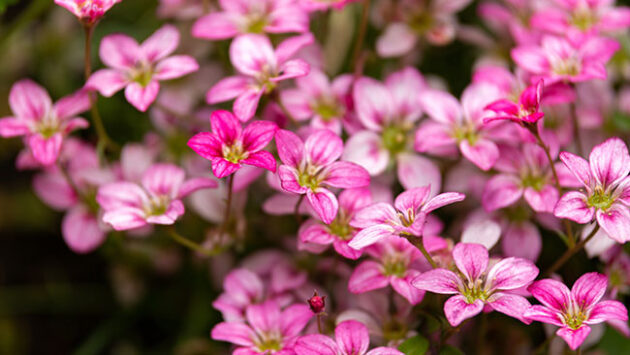 Peter Mitham is a freelance writer in B.C.