March 24, 2010, the
Netherlands – Rail transit of floriculture products
by FloraHolland reached a milestone earlier this year with the 75th
container
arriving in Italy on March 18. 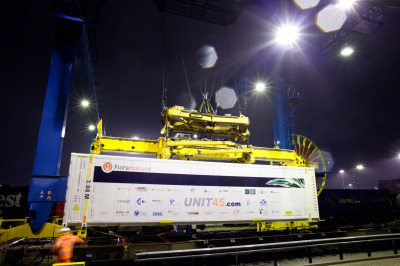 March 24, 2010, the Netherlands – Rail transit of floriculture products
by FloraHolland reached a milestone earlier this year with the 75th container
arriving in Italy on March 18.

GreenRail began transporting plant containers by rail in mid-2009. Since
then, two to three containers on average have been transported to Italy on a
weekly basis. In late 2009, GreenRail also opened up routes to Hungary and
Romania. Routes to Poland (Poznan and Warsaw) and Switzerland will follow later
this month. These pilots are part of the GreenRail project, in which flower
auction FloraHolland and the VGB (Association of Wholesalers in Floricultural
Products) are arranging the transportation of floriculture and AGF products
along conventional railway lines in Europe. The results have been promising. 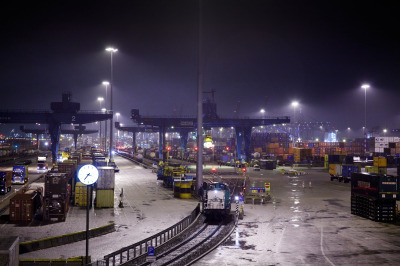 GreenRail is demonstrating that for the floriculture industry, rail
transportation is a highly suitable method of long-distance transportation. It
has demonstrated itself to be a greener, reliable, and cost effective option
for the transportation of floriculture products, given the rising costs of road
transport, increasing limitations on driving and break times, and increased
traffic congestion. A rail trip over long distances (over 600 kilometres)
provides a 50 per cent reduction in carbon dioxide emissions and a reduction in
costs of approximately 10 per cent per Danish trolley compared to road
transport. Rail transport is also reliable: 96 per cent of the containers were
shipped on time, while the quality of the products is of the same level as with
road transport.

The need for sustainable enterprise, the limitations of accessibility and
infrastructure, and the uncertainty surrounding fuel prices necessitate the
development of alternative logistical concepts. This requires cooperation
throughout the chain. GreenRail, an initiative of FloraHolland and the VGB, is
aimed at strengthening the position of the Netherlands as international centre
of the floriculture sector in the interest of production and trade.