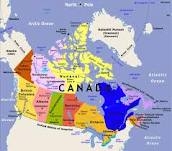 A Canada-wide energy strategy is needed.

Energy will be a focus as the Premiers meet this week in Halifax, a meeting which may involve the first steps in creating a nation-wide energy policy. “Talks on energy will certainly be headed up by Alberta Premier Alison Redford, who has been pushing a Canadian-wide energy strategy since her election earlier this year,” says 360 Energy’s Lisa Brodeur.

Redford’s interests are certainly tied to the oil sands, and she sees value in seeking support and creating buy-in from other provinces. Oil sands production is quite frequently resulting in Canada being given ‘fossil of the day’ awards from environmental organizations.

I agree with this approach. I believe Alberta and the rest of the country need to work towards a common goal of improving our image internationally on the energy front, and this cannot begin to take place without the provinces working together.

This week, Alberta will put forward a motion to form a common approach to a sustainable energy strategy, encompassing all forms of energy.

A paper produced July 2012 by Canadian Council of Chief Executives (CCCE) called ‘Framing an Energy Strategy for Canada‘ encourages the federal and provincial governments leading the country in an informed debate on Canada’s energy choices.  The report states that “It would engage not just those who develop and supply energy, but also the users of all forms of energy across the country — as business, public institutions and Canadian consumers.”

The CCCE suggests that governments should resist the temptation to shield consumers from the true costs of energy. It states that “Canadians need to see the everyday cost of inefficient use of energy and be motivated to change their energy consumption patterns and investment decisions.”

The stumbling block is expected to be the Feds.

It will be very difficult to push a nation-wide energy strategy forward without support and leadship from Ottawa.

Historically, motions to create nation-wide Canadian strategies on any topic have worked best when all the provinces and territories stand to benefit equally. With each province having a unique economic situation, with varying energy resources at their disposal, being able to bridge the gaps between provinces without the assistance of the federal government may be next to impossible.

It will therefore be up to the federal government to play a leadership role in a Canada-wide energy strategy, which it has yet to clearly demonstrate that it is willing to take on.

However, if the latest report by the Senate has any influence and with major pipeline projects being proposed on both ends of the country, the federal government will have to step in soon. Long-term energy projects require a national approach to have them succeed and benefit the greatest good of all Canadians.