December 5, 2014
By By Peggy Brekveld vice-president Ontario Federation of Agriculture

December 5, 2014By By Peggy Brekveld vice-president Ontario Federation of Agriculture 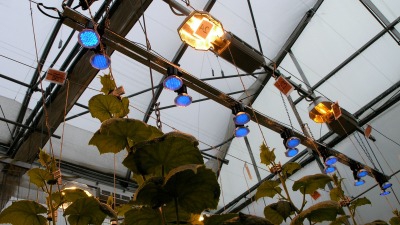 Dec. 5, 2014, Guelph, Ont. — One of the biggest costs of running a farm is energy. Ontario farmers are increasingly concerned about the rising costs of energy required to operate their farm businesses. Energy costs are making Ontario farms less competitive domestically and in the global market.

The Ontario Federation of Agriculture (OFA) heard a number of concerns about soaring on-farm energy costs from our members at our recent annual general meeting. These concerns reaffirm the need for OFA’s continued lobby for competitively priced energy.

Our OFA’s push is two-fold: for the expansion of natural gas throughout rural Ontario, and for the lowering of on-farm electricity rates by adopting an industrial and farm rate for Ontario.

The OFA and its industry partners are encouraged by the Ontario government’s recent investment in natural gas expansion with $200 million in loans and $30 million in grants over two years. This is the start of a powerful investment in rural Ontario Infrastructure. Access to natural gas will significantly lower on-farm energy costs for many.

But the need doesn’t end there.  Farmers are still faced with rising electricity costs.

In 2002 Ontario changed the electricity rate system on farms from industrial to market priced power. The direct result has been higher power costs. Today, Ontario has gained the unenviable distinction of having among the highest electricity rates compared to all other North American jurisdictions.

Every other province in Canada has a designated electricity rate for industry that is extended to farms.  Why not in Ontario?

Higher electricity costs drive away both farm and farm processing jobs and market opportunities. Running the milk machines, ventilating the poultry barns, even turning on the lights  ̶  it all takes electricity. We need these tools to grow Ontario food.

Beyond that, farmers struggle to afford value-added activities such as washing, packaging and refrigeration, and if buyers can’t source prepared produce in Ontario, they will source it in lower cost areas.

Reintroducing competitive power rates like a farm – industrial electricity rate, would help preserve food-processing jobs in Ontario and grow new job opportunities on farms and in the processing sector.

COULD CHANGES BE MADE WITHIN 2015 PROVINCIAL BUDGET?

The OFA believes the Ontario government should make industrial electricity rates available to farmers. We’ve got a plan we will be taking to the government to reintroduce farm industrial rates starting with the 2015 provincial budget.

OFA is working with government and related industries to bring competitively priced energy, including natural gas and reasonably priced electricity to Ontario farmers.

Continuing the expansion of natural gas lines in rural Ontario, and bringing industrial electricity rates back to Ontario farms will be an answer to Premier Wynne’s challenge to create more jobs in our agriculture and food sector.

Ontario farmers will have a stronger position in the marketplace and that translates directly into continued positive contributions to Ontario’s economy.