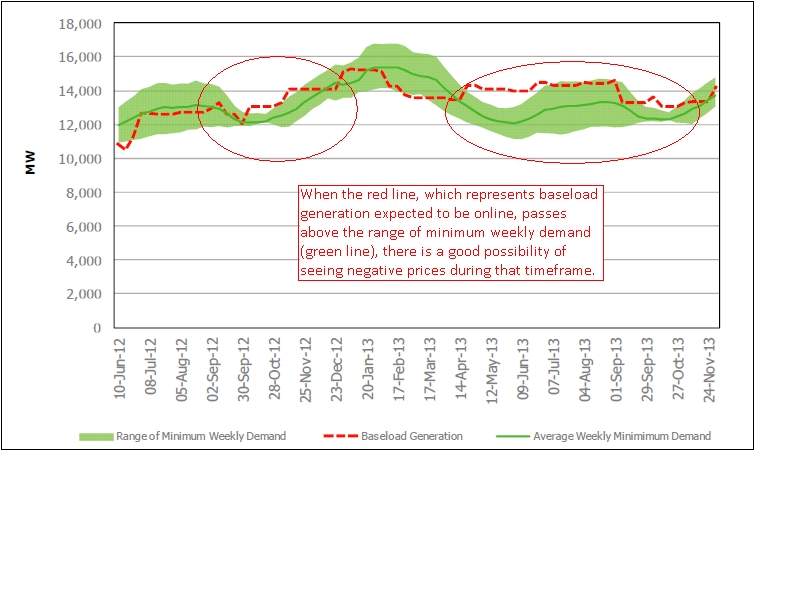 Ontario electricity consumers are in for a bit of shock this month. When growers and businesses alike receive their July bills in August, it will be higher than most are anticipating, says Lisa Brodeur of 360 Energy.

“With such a hot month we’ve just experienced, not only was the Hourly Ontario Energy Price (HOEP) higher than we’ve seen this year so far, but we are also dealing with one of the highest global adjustment figure for the year.

The monthly electrical bill is made up of commodity, transmission and distribution charges. The commodity is a kWh charge (approximately 55-60% of electrical bill) and the transmission and distribution is kW charge (approximately 40-45% of bill). When we look at kWh charges in Ontario is made up of two things; HOEP and Global Adjustment.

Global adjustment covers the costs of several different items, including the difference between market prices (HOEP) and contracted prices for generators, as well as the cost to administer conservation and demand programs for the province. It gets billed out on a one month lag. July global adjustment figure comes from June HOEP being very low at $19.96/MWh (1.996 cents/kWh). On July bills, there will be a large Hourly Ontario Energy Price as well as a high global adjustment figure. July invoices will be showing HOEP at $31.39/MWh and Global Adjustment of $51.23/MWh. That is a combined price of $82.62/MWh or $0.08626/kWh for your electrical commodity– the second highest price of the year so far.

Now there is not much one can do once you receive your bills for the month, but moving forward it will be important for greenhouse operators to pay attention to the type of electrical metering you have and the rate options available to you.   If you have interval metering find out how you use electricity during the day and become aware of the forecasted hourly market pricing.

Negative (or at least very cheap) HOEP pricing occurs when the province is experiencing periods of low demand at the same time that there is an excess of “baseload” generation online. Types of generation that cannot be turned off quickly during these periods, such as nuclear & wind, contribute to incidents of negative pricing. Negative prices are likely to occur in the following conditions:

•          low demand (typically evenings/nights, weekends and holidays, and spring & fall seasons when there is no heaters or air conditioners running)

These conditions can all lead to periods of time where operators pay less, or even get paid, to use electricity! 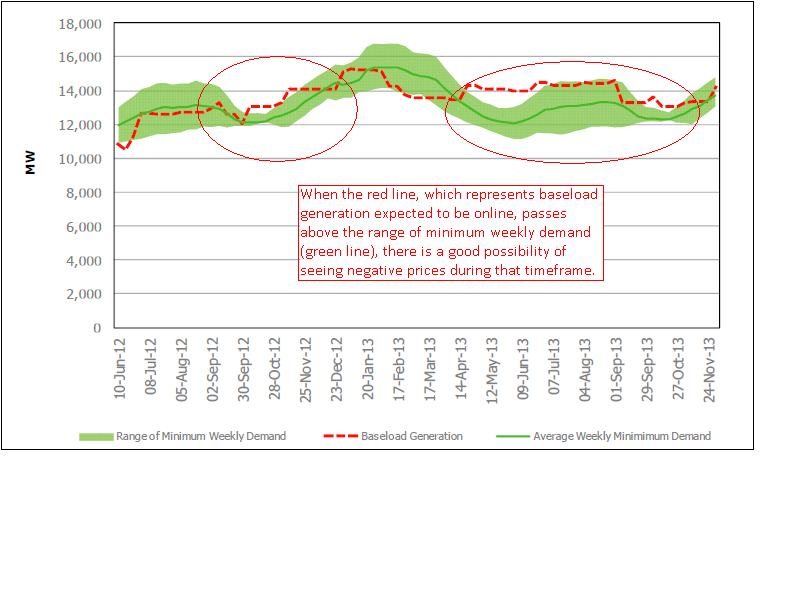 The IESO, which controls Ontario’s electrical system, gives consumers some tools to use when it comes to figuring out when electricity will be cheapest or when prices will be negative. Every few months, the IESO publishes an 18 month outlook, which discusses what to expect from Ontario’s electricity system for the next few seasons. Amongst all the information in this report is the following chart, which can tell us what periods of the coming year and beyond that we can expect to see some negative HOEP prices.

Looking at the IESO’s current 18 month forecast, they are suggesting that negative pricing, which we have been seeing more often this year, is going to continue and if you are able to take advantage of the times when this is taking place you should. The Province has an abundance of base load generation available, and off-peak hours (typically overnight) are proving to be very inexpensive hours of generation, often with the Province paying other jurisdictions just to take the power away. This is when operators should be looking to maximize there electrical usage if possible. For example if you have the ability to schedule growing lights, pumping water and water treatment processing (electrical intensive processes) this is the ideal time of day.

Another piece of information that the IESO gives us is a day-ahead pricing forecast. Available after 3:30pm each day, this forecast can give operators a better look at where to expect prices to land during the course of the next 24 hours. Operators can use this chart to determine times that they may be able to run some auxiliary equipment when the market is either very cheap, or when negative prices are expected (as in the example below). 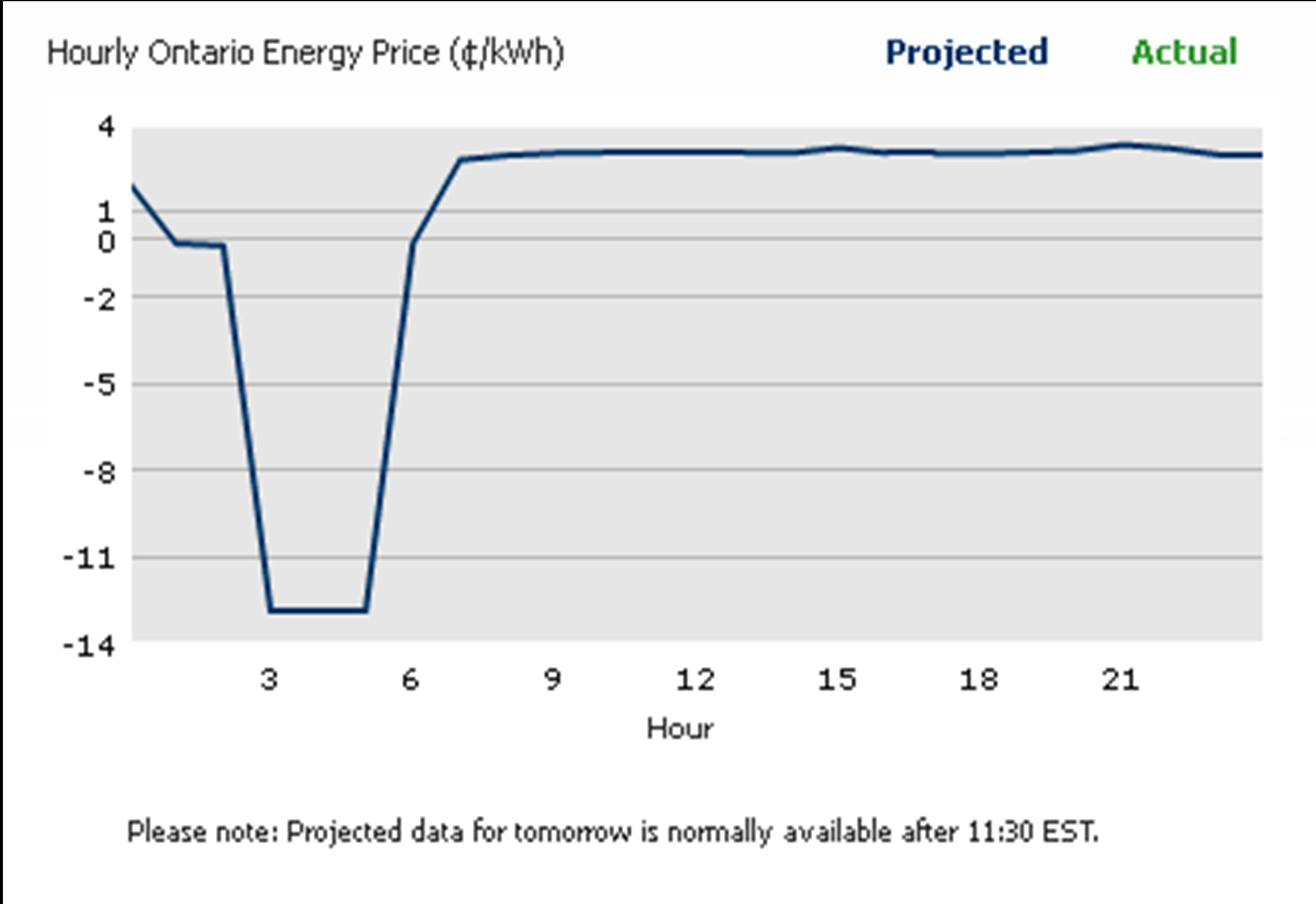 To learn more about the publicly available tools that operators can use to minimize their costs, visit www.ieso.ca or contact greenhouses@360energy.net.