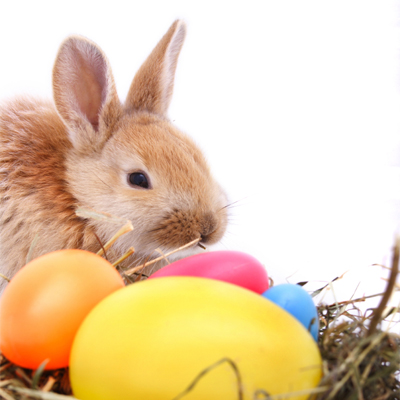 Easter spending
expected to increase
Not since 1943 have we seen an Easter fall this late in the
calendar, but it seems the delayed holiday won’t impact consumers’
eagerness to spend on décor, food and even new spring apparel.

April 13, 2011 – Not since 1943 have we seen an Easter fall this late in the
calendar, but it seems the delayed holiday won’t impact consumers’
eagerness to spend on décor, food and even new spring apparel. According
to NRF’s 2011 Easter Consumer Intentions and Actions survey in the U.S., conducted
by BIGresearch, the average consumer is expected to spend $131.04 on
everything from candy to clothes – up from last year’s $118.60 but not quite to pre-recession levels. Total spending on Easter related merchandise is expected to reach $14.6 billion.

“Due
to such a late holiday, Easter promotions will last all spring long,”
said NRF President and CEO Matthew Shay. “Though lingering concerns over
food and energy prices may keep shoppers from splurging, retailers are
expecting consumers to stock up on apparel, home décor and of course
food and candy, a good sign leading into the much busier and important
months to come.”

Many
Americans will take advantage of retailers’ spring sales to buy new
clothing for the entire family. The average celebrant will spend $21.51
on colorful new apparel, up from last year’s $19.03 and totaling $2.4
billion in sales. Additionally, consumers will spend an average of $9.02
on flowers, $8.00 on decorations and $6.79 on greeting cards. Children
looking forward to a visit from the Easter bunny this year are in for a
treat: spending on gifts will reach an average of $19.89, totaling $2.2
billion.

Department (36.6%) and discount stores (62.6%) will be
the most popular shopping destinations for Easter gifts this year,
though specialty stores carrying flowers, jewelry and electronic
merchandise will also see their share of traffic (22.4%). Others will
shop at specialty clothing stores (8.1%), online (14.8%) and through a
catalog (3.5%).

“When out shopping for their Easter meals, many
Americans will also be swayed by other items that remind them of warm
weather celebrations, including apparel and home and garden accents,”
said Phil Rist, Executive Vice President, Strategic Initiatives,
BIGresearch. “While spending is expected to improve from the past two
years, families are still sticking to a budget with an eagle eye on low
prices.”