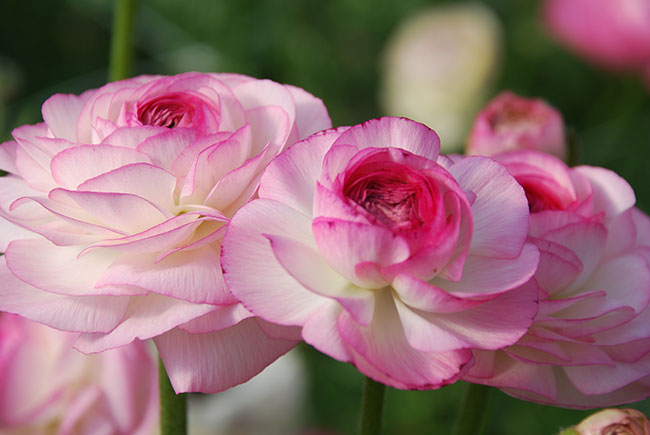 Post-harvest quality is undoubtedly one of the most important issues for the cut flower industry.

With consumer appeal based entirely on its appearance at retail, post-harvest care is critical to the quality of the end product. Unlike most bedding and potted plants, cut flowers compete with other gift items such as wine, cheese and chocolate.

“Anytime a consumer has a bad experience with flowers, we have the potential to lose them…or they become more sensitive to the price point,” says Dr. John Dole, professor, associate dean and director for academic programs at North Carolina State University (NCSU). “If they spend $100 on roses and they last for two days, then maybe they’re only going to spend $50 the next time around and be more wary.”

With over thirty years of research in the sector, Dole’s work has played a critical role in improving cut flower production. He’s also worked closely with the Association of Specialty Cut Flower Growers (ASCFG) for more than three decades.

In a survey of over 200 cut flower growers conducted by NCSU in cooperation with the ASCFG in 2017, vase life was identified as one of the key complaints from consumers. But there’s no silver bullet to this problem. Every step in the post-harvest process plays a role.

Temperature is by far one of the most important factors in the vase life of a cut flower, says Dole. He emphasizes the importance of keeping it cold through the entire cold chain from harvest to consumer. Cooling effectively lowers the rate of degradation, prolonging floral appearance.

With most cut flowers, the goal is to store them below 40°F (4.4°C) and ideally closer to 35°F (1.7°C). Very few species will suffer from cold damage at those temperatures. “I’d love to see even colder, but the problem is, there’s often a cold spot in the cooler,” he explains. Areas too close to zero could lead to frozen flowers, so growers should keep a close eye on the temperature reading.

“Cold-tolerant species such as ranunculus, anemones, carnations – they can all be held very cold. But something more tropical, say a bird-of-paradise or heliconia, they should be kept at around 55°F (12.8°C) or higher,” he says. Storage temperatures can vary by crop and should be held as cold as possible. Though the threshold may be different, the end effect is the same, so a bird-of-paradise held at 12°C will not necessarily fare worse than a carnation at 2°C.

Flower foods: Use them

“When flowers are harvested, there are a number of factors that dictate how long they’re going to last. One of them is the amount of sugar that they produce… called endogenous carbohydrates,” explains Dole. As cut flowers use up their own sugar stores, flower foods help to replenish them. It’s important to note that flowers foods are not a substitute for good production practices, but rather, an important supplement.

With different products available on the market, it’s important to use the right ones for the right species and occasions. As with low temperatures, Dole says there are very few crops that don’t benefit from flower foods, but the vast majority do.

“It should start with the grower and be carried on through,” he explains, which means the onus is not only on the producer, but other players involved in the cold chain as well. “The most species- and situation-specific [foods] are used at the grower level. When you get to the wholesaler or retailer level…there are one or two products that cover all the flowers.”

Having tested many of the available flower foods on the market, Dole can honestly say that they work. But some in the industry still abstain from using flower foods, interpreting the lack of complaints from their customers as positive feedback. “The lack of complaints is not a metric I want to go by,” he says. “I would rather see positive comments… Unfortunately it’s the [customers] that don’t complain and have a bad experience that we need to be worried about.”

Dole emphasizes the importance of getting cut flowers into water when they need to be. It’s an important step after harvest.
In their 2019 peer-reviewed paper summarizing the results of their North American cut flower survey, Dole and his co-authors note that commercial hydration solutions are available, providing optimized pH and quality to help promote water uptake and reduce microbial growth in the stems.

Storage time: Out with the old

Storage time is another problem that can appear throughout the cold chain. Product is sometimes stored by producers, wholesalers and retailers for much longer than they should prior to being sold.

“I know they’re trying not to throw product away, reduce shrink,” says Dole. But with cut flowers, appearances can be deceiving and the last thing the customer needs is a cut flower with a short vase life. “[The flowers] can look just fine and die two days later, when they should be lasting seven to 10 days.”

Products left in the cooler for too long might simply show a yellow leaf or two when pulled out by the retailer. “But then it just totally falls apart and dies within a couple days,” says Dole. “That’s the industry’s responsibility to not send out old flowers. Storage duration cuts across the whole industry.” 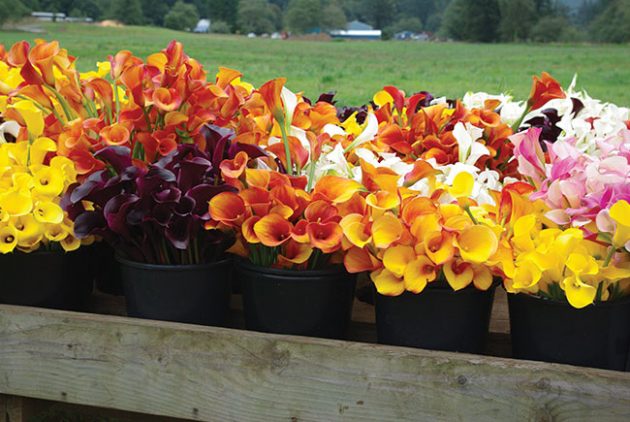 Every step in the post-harvest process can help prolong the life of a cut flower. Four key areas include temperature, flower foods, hydration and storage time. Some practices cut across the entire cold chain, and not just for the grower. Photo: J. Dole

Growers are getting it right

Growing cut flowers isn’t easy. Their 2017 study took a survey of growers’ production challenges, detailing a lengthy list of pest and disease issues in addition to climate, post-harvest and business management. “It really reaffirms my love of working with growers,” says Dole, and so much so that Dole and his colleagues at ASCFG compiled a detailed guide aptly titled Post-harvest Handling of Cut Flowers and Greens. Published in 2017, this resource covers more than 200 genera, including annuals, perennials, bulbs and woody plants, as well as foliage and tropical species.

Even when faced with a slew of production challenges, Dole says growers are getting a lot of things right. “I see more and more growers doing a really great job of paying attention to how the flower should be handled,” he says. “I think more folks are more up to speed on post-harvest than they have been in the past. The ones that are doing it well really know what they’re doing.”

To help further improve post-harvest practices, Dole hopes to help develop more cost-effective tracking technology that will follow the crop every step of the way. “Some of that’s already available, but [we need to] link it to performance on a bunch-by-bunch basis,” he says. His research team has explored it before, but the technology was still in its infancy. “There are data loggers that go into boxes, but once you break them apart and the bunches head off on their own, you lose that tracking by bunch,” he says. It wasn’t affordable enough for their purposes at the time, but he hopes to revisit the technology in the near future.

“Being able to know when that flower has had too much warm temperature and shouldn’t be sold, or when it has stayed in the green zone and can still be sold with a long vase life – combining temperature, time, storage and duration is really where we need to be.”

Rise of the smaller, local grower

“We’ve seen a lot of changes in the cut flower industry over the last few years,” says Dole. Working with the ASCFG, he’s noticed a sharp rise in their membership numbers, which has tripled over the past five years. He attributes this change primarily to the buy-local movement and a growth in integrated grower-florist businesses.

“The cut flower industry has really responded,” he says. Not only are growers selling to farmers’ markets and other local businesses including wholesalers, florists and supermarkets, they’re able to offer a better, more appealing product that would not otherwise be possible coming from a distant country. “To ship a lily, you generally don’t want any open flowers on it. [But] if you’re selling local, you can let a flower or two open for better colour, a bigger flower – just a little nicer product,” says Dole.

Andrew Morse, executive director of Flowers Canada (Ontario) Inc. (FCO), suspects that growth may be in the number of smaller outdoor cut flower growers in Canada, noting that local events held at flower farms have become increasingly popular with the public. “Any flower farms of more than a half acre report their production areas to FCO, and we have not seen an uptake in licensing,” Morse says. “If any are starting, they must be quite small.”

In general, the vast majority of cut flowers produced in Canada comes from larger greenhouse producers. It’s been increasingly difficult to maintain large cut flower operations in recent years, particularly given reduced options for crop protection, difficulty in moving product and competition with cut flowers coming from South America. “The statistics on cut flower production in Canada has shown a decline over time,” Morse says.

According to Statistics Canada, total cut flower production dropped by three per cent from 2016 to 2018. But for field-grown cut flower operations, numbers grew by 62 per cent during this time, total area increased by 44 per cent and gross sales rose by 41 per cent. Even though they accounted for 12 per cent of cut flower sales in 2018, the local field cut-flower grower has clearly found a way into consumers’ hearts with different offerings and a focus on consumer experience.


Related
Local flowers and businesses lift spirits amid pandemic
Meet the new thrips on the block
Which Pathogens Should You Worry About in Your Water?
Time to gear up your container vegetable production