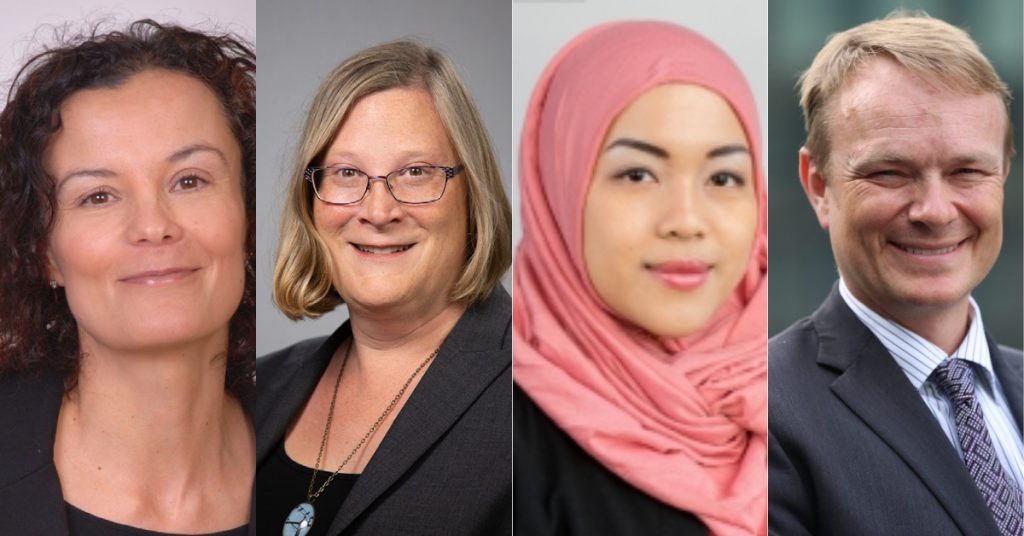 CubicFarm Systems Corp. announced the appointment of a Scientific Advisory Board (SAB) to guide and advise CubicFarms.

The SAB is comprised of top experts in the fields of agriculture and technology, and is primarily responsible for making recommendations to the company’s senior leadership team regarding research and development priorities.

“We’re proud to have an accomplished and diverse group of scientific and research experts as the members of our Scientific Advisory Board,” said Dave Dinesen, CEO, CubicFarms. “This world-class team of scientific advisors bring their significant knowledge and expertise in land use, controlled-environment agriculture, artificial intelligence, machine learning, automation, and data analysis. They understand the complexities of navigating issues like food waste, and they’re committed to finding solutions to the real-world problems of food scarcity and food security. This will significantly contribute to our local chain ag-tech solution to convert the industry’s traditionally long and unsustainable food supply chains.”

Inaugural members of the SAB include:

Dr. Lenore Newman (SAB Chair) — Director of the Food and Agriculture Institute at the University of the Fraser Valley (UVF) where she holds a Canada Research Chair in Food Security and Environment. She’s an associate professor in the department of geography and the environment at UFV and is a member of the Royal Society of Canada’s New College. She holds a PhD in Environmental Studies from Toronto’s York University and has published over 50 academic journal articles and book chapters. Dr. Newman research includes agricultural land use policy, agricultural technologies, and bioengineering in the food system. She was a member of the British Columbia Premier’s Food Security Task Force, sat on the B.C. Minister of Agriculture’s Advisory Committee on Revitalizing the Agricultural Land Reserve, and regularly speaks to government and community groups. Her first book, Speaking in Cod Tongues, was published to wide acclaim in 2017 and won a Saskatchewan Book Award. Her second book, Lost Feast, was published by ECW Press in 2019, was awarded silver in the 2019 Forward INDIES, and was the winner of a Canadian Science Writers Award.

Dr. Tammara Soma — Dr. Soma MCIP RPP is an Assistant Professor at the School of Resource and Environmental Management (Planning program) at Simon Fraser University and Research Director of the Food Systems Lab. Originally hailing from Indonesia, she conducts research on issues pertaining to food loss and waste, food system planning, food access, and the circular economy. Dr. Soma is the Co-editor of the Routledge Handbook of Food Waste, and co-founder of the International Food Loss and Food Waste Studies group, a global network of food loss and waste researchers and practitioners. Dr. Soma was selected as a committee member of the U.S. National Academies of Science and co-authored the consensus study A National Strategy to Reduce Consumer Food Waste. She is registered professional planner (RPP) and holds a Member of the Canadian Institute of Planners (MCIP) designation.

Dr. Laila Benkrima — Director of LB Plant Biosciences Research and Consulting Inc. at Simon Fraser University.  Dr. Benkrima has extensive experience in research, training, and teaching horticulture techniques and as a crop consultant to greenhouse and farming operators. She holds a Ph.D. in Plant Biology and Master of Science Degree in Plant Physiology from the University of Paris, France. She has been responsible for the planning, development and creative problem solving of various projects from plant micropropagation and functional/medicinal crop cultivation to hydroponics and laboratory design. Dr. Benkrima works as an independent consultant for companies in the agricultural, horticultural, and nutraceutical sectors. She has experience in advising various types of agriculture, horticulture and biotechnology related projects in commercial production, and resource development. She’s identified and recommended potential market opportunities, product line expansions, new product development and recently assigned patents for many BC companies. Dr. Benkrima provides specific experience in working with micropropagation, a technique widely regarded as the preferred option for large-scale commercialization of many economically important crops.

Dr. Evan Fraser — Professor Evan Fraser, PhD, is a full professor at the University of Guelph, the Director of the Arrell Food Institute, a Fellow of the Trudeau Foundation, and a Fellow of the Royal Canadian Geographic Society. Dr. Fraser helps lead the Food from Thought initiative, which is a $76.6 million research program based at the University of Guelph exploring how to use big data to reduce agriculture’s environmental footprint. He works with large multi-disciplinary teams on developing solutions to help feed the world’s growing population. He co-chairs the Arrell Food Summit and manages the Arrell Food Scholarship program, as well as the Arrell Food Innovation Awards that deliver hundreds of thousands of dollars annually to groups that have made tremendous impacts on global food systems. As a researcher, Dr. Fraser is a co-author on over 100 academic papers and book chapters and played a leadership role in teams that have raised over $100M in research funding. Dr. Fraser’s non-fiction book Empires of Food: Feast, Famine and the Rise and Fall of Civilizations was shortlisted for the James Beard Food Literature Award. His web video series on “feeding nine billion” has been watched over 500,000 times; he has self-published a graphic novel #FoodCrisis about a fictitious food crisis that hits North America in the 2020s; and he created a card game about global food security that won a gold medal at the International “Serious Play” conference.

“The caliber of the SAB members speaks to our commitment to scientifically rigorous R&D for our commercial scale indoor growing technologies. With the support of our Scientific Advisory Board, our efforts will continue to advance our fresh food production in the CubicFarm System as well as fresh livestock feed in our HydroGreen Grow System. We need the best and brightest in the industry working together to solve food security issues. I’m confident this team will provide innovative and educated recommendations that will evolve our technologies and transform agriculture and food production globally,” added Dinesen.