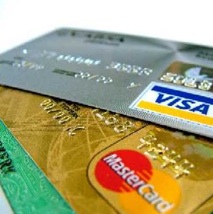 Credit card companies, small biz groups react
Jan. 18 marked the last day for banks, credit
card companies, consumer groups, retailers and others to make their
submissions for the government on the proposed credit card and debit
code. Here's some of the reactions.

Jan. 21, 2010 – Monday, Jan. 18 marked the last day for banks, credit card companies,
consumer groups, retailers and others to make their submissions for the
government on the proposed credit card and debit code. Here's some of
the reactions:

Small business supports draft code of conduct for debit and credit cards
The Canadian Federation of Independent Business (CFIB) has released a
supportive response to the Federal Government’s draft code of conduct
for the credit and debit card industry in Canada, stressing quick
adoption, strong oversight and an interim strategy. The CFIB.org reports. | READ MORE

Divisions over credit, debit card code of conduct
Ottawa's decision to adopt a code of
conduct governing credit and debit cards has pitted major players such
as Visa Canada against a number of business groups.
The most controversial part of the code, based on recent talks and
submissions to the government, is one that would give retailers the
ability to choose which types of debit cards they'll accept. The Globe
and Mail reports. | READ MORE

Debit card debate heats up
Credit-card companies are going head-to-head with business groups in
the fight to influence Ottawa’s plan to regulate the debit-card market
in Canada. The Canadian Federation of Independent Business is pushing for quick
adoption of Finance Minister Jim Flaherty’s draft code of conduct for
the debit-card industry in Canada, largely run by the Interac
Association. Canoe.ca reports. | READ MORE

Retail group wants to charge customers for using credit cards
Retailers and small business owners should be allowed to “surcharge”
consumers for using their credit and debit cards and that power should
be enshrined in the federal government’s voluntary code of conduct for
the payments industry, says an influential business group. TheStar.ca reports. | READ MORE

Credit card giant says proposed debit code gives merchants too much clout
The federal government's proposed code of conduct for Canada's credit
and debit card system is too weighted in favour of merchants at the
expense of consumer choice, Visa Canada alleged Monday, the deadline
for comments on the plan. The Canadian Press reports. | READ MORE