A known IPM tool in vegetable greenhouses, this slow-release system could be applied to cannabis, with a little customization. 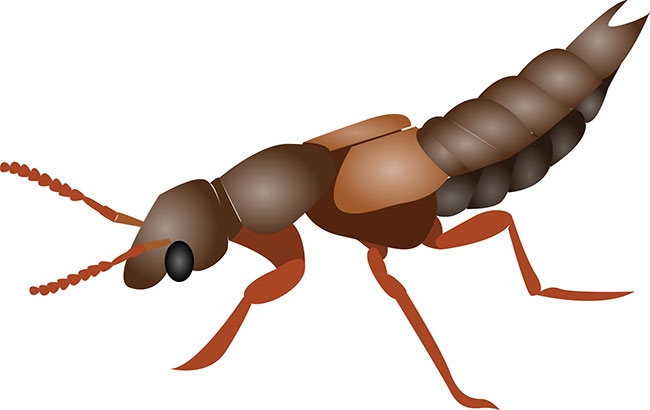 A slow-release bucket breeding system could be the right choice

Dalotia coriara, is a native species of soil-dwelling rove beetles. They are light to dark brown in colour; adults are three to four millimetres long and are slender with short wing covers. An adult female lays 90 eggs in its average life span of 50 days.

From egg to adult, it completes its life cycle in 15 to 21 days depending upon temperature and humidity, preferably between 12 to 30 degrees Celsius at 40 to 90 per cent relative humidity. Both adult and larvae of Dalotia are aggressive predators of different soil-dwelling stages of pests in several ornamental, vegetable and arboricultural crops. They feed on the larvae and pupae of fungus gnats, shore flies, noctuid moths, root mealybug eggs and crawlers, root aphids, hibernating spider mites, pupae of thrips and springtails. Dalotia tends to curve its abdomen upward, similar to a scorpion. It can actively fly or run if disturbed, and can quickly colonize the surrounding release area. In the tomato greenhouse, it could be a very effective tool for controlling thrips, whiteflies, and spider mites under the debris of tomato leaves on the floor. It is highly active in the soil and can fly from plant to plant, allowing it to establish its population quickly in the greenhouse.

Conventionally, in vegetable-producing greenhouses, 1-litre tubes of Dalotia are split into 10 to 20 piles of adult beetles, mixed with peat moss or other media and applied at a rate of 1 adult per m2. This is repeated every three to four weeks. This predator is also available in slow-breeding systems, which can provide Dalotia for four to six weeks on a continuous basis. The application of Dalotia in cannabis is a bit different from that of traditional greenhouse crops. 100 adults are applied every three to four weeks in 1,000 square-foot growing rooms. But for larger rooms that have larger plant pots, release rates may need to be increased to up to 1,000 adults. Most beneficial insects and mites prefer to lay eggs and hide in the top parts of the plant, close to the leaf midribs. With the cannabis plant’s quick growth, excessive pinching and pruning requirements, and the hairiness/stickiness of the plant, cannabis can be a difficult crop in which to use biocontrol agents against pests. That’s why beneficials need to be released in higher numbers. The introduction of biologicals is better counted per plant rather than per metre. To get better results from Dalotia, a slow-release breeding bucket system could be the right choice for its introduction. This system contains 1,000 to 1,500 adults/larvae of Dalotia, along with a mixture of food and media packed into a one gallon pail that is well-ventilated and has two escape holes. This system supplies food for the adult predators for many weeks on a continuous basis. In the breeding bucket system, the predator has all the resources to reproduce efficiently and to become established very early on in the crop season. Further, this system can better bear changes in temperature, humidity and other environmental fluctuations in the growing houses as it is well-protected. The Dalotia slow-release system can be applied at a rate of one pail per 200 to 500 cannabis plants or bushes, depending on the previous history of the growing system (e.g. existing pests, previous crops, etc.).

Use of the Dalotia slow-release system in propagation houses can help to control many kinds of soil or root-dwelling insects. The system is currently being implemented in pepper, tomato and cucumber crops in the greenhouse. In fact, it has been an excellent biocontrol tool against the whole pest complex of controlled growing system. Dalotia can be seen flying even on the upper parts of the crops predating on various pests, including spider mites. From our experience with this system in cannabis, we’ve found it to be less labour-intensive and more cost-effective, with higher efficiency and longer survival rates. The bucket also offers an ideal environment and ample food supply, so there is little risk of mortality due to food shortages or environmental changes.

Abida Nasreen, PhD, is director of research and development at GrowLiv Ltd. She can be reached at abida.growliv@gmail.com