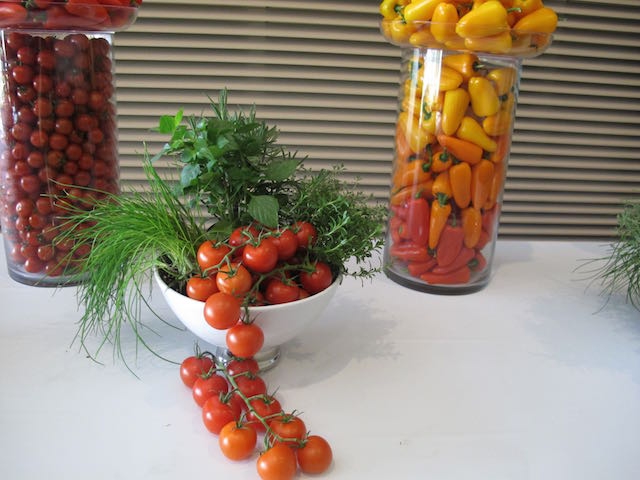 A display of Ontario vegetables at the Canadian Greenhouse Conference.

Dec. 4, 2015, Leamington, Ont. — The Ontario Greenhouse Vegetable Growers (OGVG) has announced its board of directors for the 2015-16 growing season.

Elected to two-year terms at the recent annual general meeting were:

Following the meeting, one seat for a term of one-year remained vacant. The District 2 committee appointed Jan VanderHout (Beverly Greenhouses) as a director for a one-year term.

Those growers are joined by the following directors whose terms continue through to Oct. 31, 2016:

The new board has elected James Cornies and Jan VanderHout as vice-chairs of OGVG from their respective districts for 2015-16. In addition the following were elected to chair committees for the upcoming year:

The OGVG is a not-for-profit organization representing 210 farmers who grow greenhouse tomato, cucumber and bell pepper crops across the province. OGVG was formed in 1967. The organization represents and supports research on behalf of the Ontario greenhouse growers. It also promotes greenhouse vegetables through various media and tradeshows. For more information, visit www.ogvg.com.