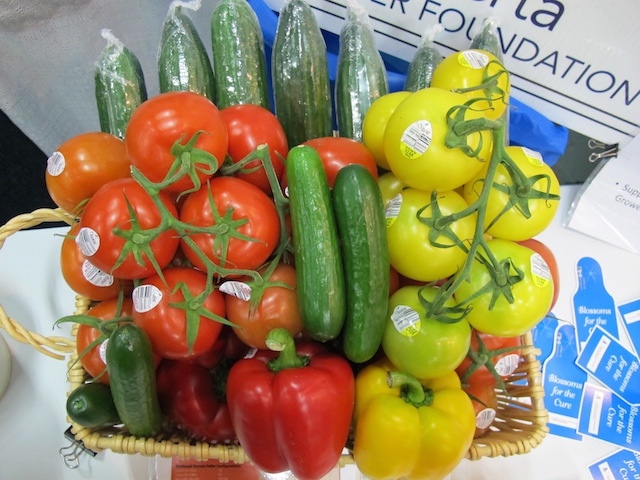 Last year, AF, in partnership with the Alberta Greenhouse Growers Association (AGGA), conducted a comprehensive survey to update the 2010 profile report with 2014 data. The project was funded by Growing Forward 2, a federal-provincial-territorial initiative.

The report provides current benchmark data on greenhouse crop operations in Alberta. This includes size, distribution in different regions within the province, heating systems, water and energy use trends, labour, as well as opportunities and issues related to financing, the environment, business climate and regulation, competitiveness with imports, and other benchmarks and future trends.

“The report is of significance to greenhouse growers, researchers and agricultural financial institutions that rely on this information for business decisions,” says Emmanuel Anum Laate, senior crop economist, AF, Edmonton.

“Presently there are 230 greenhouse operations in Alberta. The size of the industry is estimated to be 338 acres. Vegetables accounted for about 46 per cent of the total greenhouse area (157 acres), followed by floriculture at 41 per cent or 137 acres and tree seedlings at 13 per cent or 45 acres. Greenhouse institutional facilities of approximately 3.56 acres are not included in the total area.

”  Compared to the 2010 survey results, the maximum growth in greenhouse area occurred in the Medicine Hat area and that includes Redcliff (from 41 per cent in 2010 to 45 per cent in 2014).

A LITTLER MORE THAN A THIRD ARE YEAR-ROUND OPERATIONS

Approximately 36 per cent of greenhouses are year-round and 64 per cent are seasonal in nature. The industry employs over 1,600 full-time and over 2,500 part-time workers.

Natural gas continued to be the fuel of choice for heating greenhouses. No major shift has occurred in the use of alternate fuel like coal, wood or others.

“The report shows that the majority of growers are anticipating business threats such as higher energy costs, labour shortages, import competition, taxes and regulation and currency fluctuations in the next three to five years,’ says Laate.

“Growers indicated that in the next three to five years the buy local movement, non-traditional products, organic or green products and export markets would serve as opportunities for expansion.”

To see the full report go to Alberta Agriculture and Forestry’s website.

For more information about the report, call the Alberta Ag-Info Centre at 310-FARM (3276).