While snow now blankets much of the country’s gardening beds, green thumbs are already turning to the consumer gardening magazines to help map out their gardens for the upcoming year. 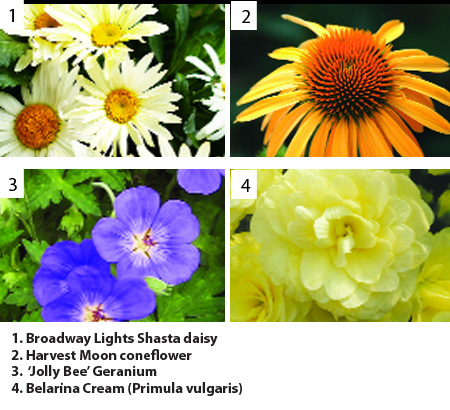 While snow now blankets much of the country’s gardening beds, green thumbs are already turning to the consumer gardening magazines to help map out their gardens for the upcoming year. Here’s a look at what they’ll be dreaming about over the winter months.

In the Harvest 2007 edition of Ontario Gardener, the magazine highlights layered gardening and how it can be one of the best ways to make use of limited backyard and frontyard spaces. The article advises gardeners to think vertically, instead of horizontally to add more depth to the small space. This can be done by digging holes as deep as eight to nine inches and layering different flowers on top of each other. The base is established with lilies and daffodils as a bottom layer.

Next up is Tulipa kaufmanniana, a small tulip that blooms early in the season, followed by the taller Darwin or Appledoorn tulips. Throw in more soil and then insert plants like scilla, grape hyacinth, Tulipa tarda, Iris reticulata, snowdrops or other varieties of small bulbs. Perennials like delphinium, pink monarda, and purple coneflower are used to fill the spaces between the planting holes. Self-seeders like bachelor’s buttons or baby’s breath are used to top off the vertical masterpiece.

The December/January 2008 edition of Horticulture takes a look at another type of garden that consumers may want to incorporate into their yard. Rock gardens are perfect for any slope and usually work best with plants that grow low to the ground. The article advises gardeners to look for varieties such as Primula vulgaris, Sedum spurium, dwarf bulbs, conifers, phlox, cyclamen, violas, iris, ice plants, ferns, hardy cactus and woodland plants.

In addition, the issue highlights ‘Gold Cone’ juniper as this “plant this” pick of the month and also names Agave as the hottest trend in container gardening and pinpoints eight specific varieties that work well in containers. The varieties are: Agave bracteosa, A. franzosinii, A. geminiflora, A. gypsophila, A. Montana, A. x’Sharkskin’, A. striata and A. victoriae-reginae.

Canadian Gardening’s Fall 2007 edition invited the magazine’s correspondents to pick the best new plants in each region across Canada.

Ontario’s Robert Howards made his selection based on what type of perennial and shrub cultivars thrived in his portion of the country. His picks included Endless Summer hydrangea, purple coneflower (specifically ‘Sunrise’ and ‘Sunset’), ‘Jack Frost’ brunnera and coral bells (‘Lime Rickey’ and ‘Marmalade,’ in particular).

Over on the Prairies, the magazine’s Sara Williams chose four plants that prosper despite the unpredictable winter conditions. Her choices were Astiboides, fleeceflower or Persicaria polymorpha, Malus ‘Spring Snow’ and ‘Mancana’ ash.

Related
INSPIRING CUSTOMERS TO ENJOY MORE PLANTS
Marketing and Merchandising
If you sell them, they will come
Mastronardi Produce partnering with Disney