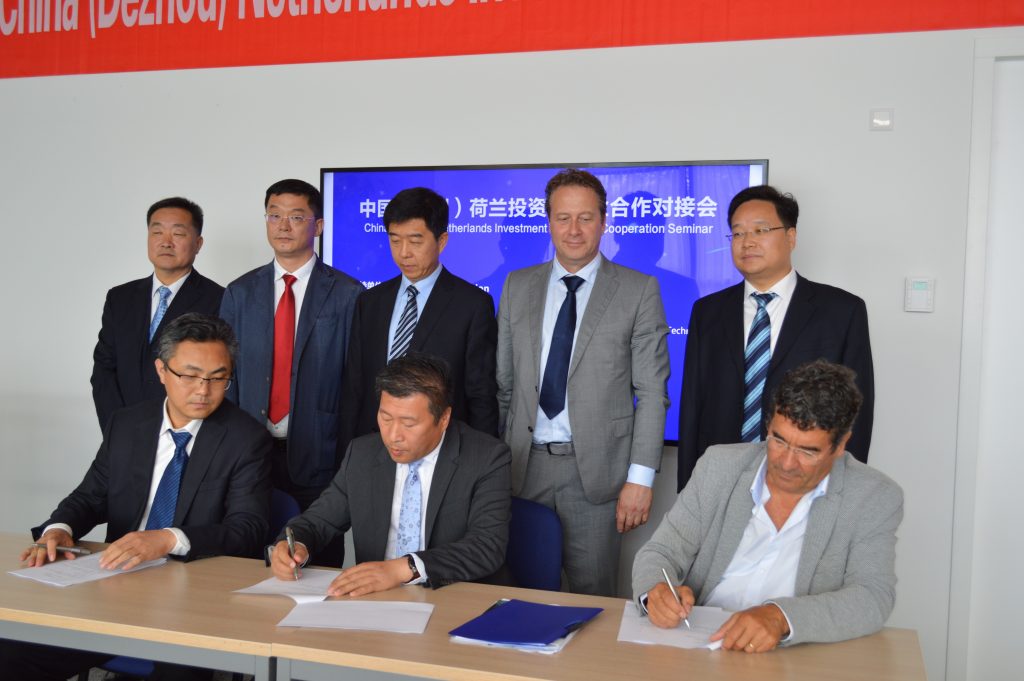 An agreement has been signed between a Chinese company and several Dutch horticultural suppliers for the construction of the Dezhou Horti Center in China.

The Dezhou Horti Center aims to be the knowledge and innovation hub for the Chinese horticultural industry. Within this center, business, education, research and governments will find each other to innovate, connect, create and inspire. The first phase will be operational in 2020.

The project will be developed for DSG, an organisation that constructs and operates large greenhouse projects for the food industry in China. The project will be guided by HortiTech, the company of Peet van Adrichem, former director of Demokwekerij Westland, who was also heavily involved in the development and construction of the World Horti Centre in Naaldwijk, the Netherlands.

The supplying companies Priva, Stolze, Metazet, BOAL, Holland Gaas, Holland Scherming, AAB, Valk Hortisystems, De Gier Drive Systems and AAB International have joined forces in a consortium, to ensure an efficient execution of the project. Knowledge and educational institutions such as Lentiz Course & Consult, LDE (Leiden-Delft-Erasmus) and Hogeschool InHolland are also involved in this project. After the center is operational, HortiTech will be structurally involved in supporting the local management on the areas of cultivation support, education and training programs.