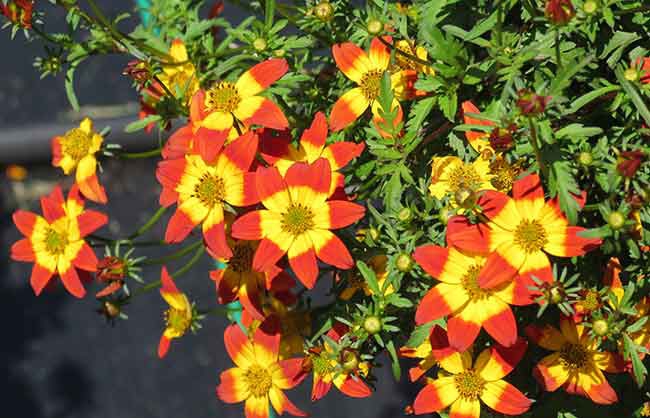 August 2015 — Warm up combinations with sunny Beedance bidens from Suntory Flowers. “Painted Red’s” petals are half red-orange and half yellow, becoming redder in cooler temperatures…

It won the Innovation Award at IPM Essen for best new bedding and balcony plant in Germany this year. “Red Stripe” has yellow flowers with unique red stripes on each petal. Stripes are more pronounced in cooler temperatures.