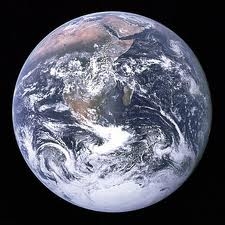 Global climate change will affect all industries, including greenhouse cultivation.

With a great deal of discussions going on in the media over the last several days regarding climate change, with climate change skeptics weighing in as well, this week is a good time to look at how climate changes could affect greenhouse operations, says 360 Energy’s Lisa Brodeur.

“Most reports are consistent in showing that there is a warming trend across the globe taking place right now. In Canada and beyond, that could result in several changes including shifting moisture availability and higher concentrations of carbon dioxide.

Changes in the frequency and intensity of extreme weather events have been noted as one of the greatest challenges that would face the agricultural industry with global warming, along with crop damage due to pest problems.

Higher temperatures creating a need for superior humidity and heat control will be a primary concern for many growers, as extreme heat such as we’ve seen this summer in Ontario could become the norm as time goes on.

Predictions are for climate change effects to be greatest in the winter, which would reduce the heating requirements for many growers but decrease the amount of groundwater being replenished by snowfall. Greenhouse growers would not have to worry about the devastating effects of damaging winter thaws, but would also have to deal with the potential for greater disease outbreaks.

Ongoing climate volatility means growers will need to constantly check and modify their operations and current thinking. Keep focusing on the way you use energy, water, the types of energy that are being used and the amount of consumption that takes places during various months of the year.  Moving forward, managing energy will be more important than ever, in order to mitigate the impacts of climate on your operations.

Longer term trends mean modifying and improving the way we do things today and as we go forward.”

Lisa Brodeur is a Quality Assurance Supervisor with 360 Energy.