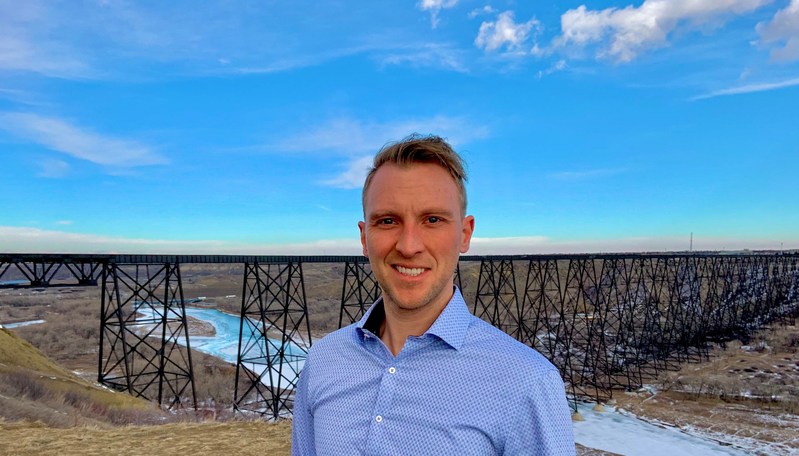 Cleanfarms, a Canada-wide stewardship organization best known for its ag-plastics recycling programs for pesticide and fertilizer jugs, has opened an Alberta office in Lethbridge.

“Alberta’s importance as an executive hub for agricultural industry is growing. That combined with its position as a Prairie powerhouse for agriculture in Canada, points to the need for Cleanfarms to have feet on the ground in the province, too,” said General Manager Barry Friesen.

Cleanfarms currently has offices in Quebec, Ontario and Saskatchewan.

The Lethbridge office will be staffed by Davin Johnson, an environmental scientist who grew up in Alberta and has worked for the past decade in the province’s oil and gas, academic, government and agricultural sectors. He holds a Bachelor of Science in Geography from the University of Lethbridge.

Already familiar with Cleanfarms programs, Davin has helped to organize Cleanfarms’ Unwanted Pesticide and Livestock/Equine Medication Collection program, which collects old and obsolete pesticides and animal health medications from farmers for safe disposal, and the newly launched ‘Alberta Ag-plastic. Recycle it!‘ pilot program that has commissioned 20 locations throughout the province to collect grain bags and twine for recycling. Cleanfarms operates the pilot on behalf of the Alberta-based Agricultural Plastics Recycling Group.

“With the grain bag and twine recycling program now underway in a progressive province that is evolving waste management and producer responsibility programs, it’s a logical and important next step for Cleanfarms to have an Alberta-based office,” Friesen said.

Cleanfarms, which is celebrating its 10th anniversary this year, is the only industry funded organization working across Canada that develops and operates waste product and packaging stewardship for the agricultural community. It utilizes a vast network of industry distributors, ag-retailers and in Alberta and Manitoba, municipalities, to operate collection sites where farmers can take ag-waste plastics and other non-organic, ag-waste materials for recycling or proper disposal.