Features
Celebrating half a century of growing 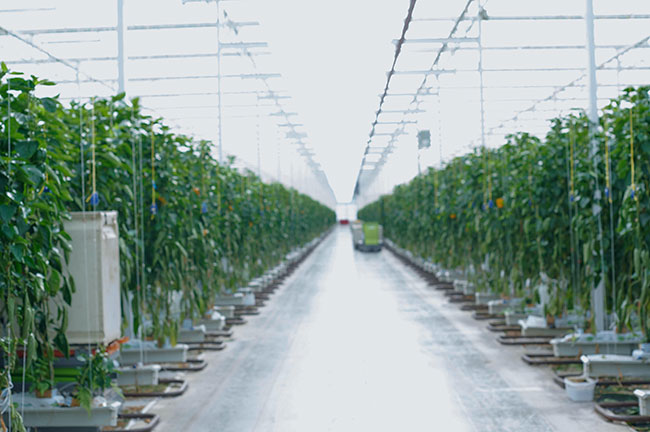 BC Hot House have a variety of greenhouse production facilities throughout British Columbia, as well as greenhouses that are used for winter growing in Mexico.

The origins of BC Hot House (BCHH) go back to 1973 with the foundation of the Western Greenhouse Growers Cooperative Association. In the 1980s they merged with the Vancouver Island Greenhouse Growers Cooperative and in the late 1990s the association incorporated under the name that has stood until today. The company’s website states that it was “driven by a mission to deliver the freshest, most wholesome produce around,” and while the company has since been purchased by Star Produce and has significantly expanded its scope, that mission remains the same.

“BCHH’s expertise in growing and Star Produce’s innovation provided a perfect synergy to really create a dynamic and innovative boutique greenhouse company,” says president Matt Bates. “David Ryall, one of the founding growers of BC Hot House, still works with us on innovation. He scours the world with seed companies in search of the best tasting, most marketable and most innovative products.”

Bates cites the example of their Avalantino tomatoes, which have been developed over the past nine years from seeds sourced from Holland.

“It’s just an excellent tasting tomato, it really brings taste back to the category,” says Bates. “Another example is a seedless mini-pepper from an Israeli seed that we’re currently marketing. I think between Star’s global reach and BCHH’s expertise in growing, it’s really provided a great synergy to bring innovative products to the greenhouse market.”

Along with varieties of tomatoes and peppers, BCHH also produces cucumbers and have recently established 18 acres dedicated to growing strawberries in Delta, B.C. They are the second largest greenhouse company in British Columbia with over 140 acres of total production across a 70-kilometre span of the province, as well as winter-season growing operations in Mexico. The company has its own growers under the BCHH umbrella and will also market products for other growers – all told, BCHH has an estimated 400 employees. There’s also a variety of different types of greenhouses under the company’s purview.

“Peppers need more of a high-wire greenhouse than tomatoes would, for example,” says Bates. “The facilities are built for that commodity. They are adaptable to a certain extent, but I think in the modern competitive market, a facility designed for a certain commodity will stay that way unless there are drastic changes.” 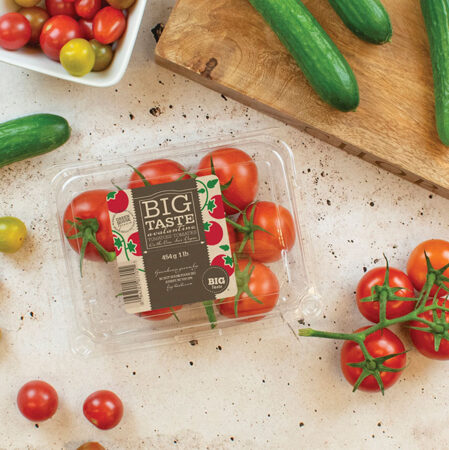 BC Hot House sells their products, such as these Avalantino tomatoes, under the Big Taste brand.

With growing operations in B.C. and Mexico, it should come as little surprise that the company’s primary market is along western North America. While the scope of BCHH’s business evolved over time, the evolution of the company’s growing practices has largely been dictated by the evolution of greenhouses themselves.

“Greenhouses started with wood and plastic back in the ‘70s,” says Bates. “This is the benefit of knowing David Ryall and being mentored by him. He talks about his first greenhouses with a wooden frame and plastic around. They’ve evolved into essentially massive production facilities that are incredibly efficient, can feed a lot of people and use state of the art technology to save water and space.”

Bates also cites the wider variety of products that are seen in the company’s greenhouses as a symbol of their evolution. There used to just be one type of cherry tomato, for example, but now seed companies tout hundreds of different varieties.

“We do trialing of tomatoes every year and we’re trialing dozens of varieties, just trying to find the best taste, texture, shelf life, yield, all those things, for the benefit of both the consumer and the grower.”

The biggest challenge for the business, like almost all businesses in all sectors currently, is rising costs, which obviously impact the company directly, but also the budgets of their customers.

“Labour is up five per cent. Packaging 10 to 20 per cent depending on the amount of packaging. Fuel and fertilizer, 30- to 40-per-cent increases on both of those,” says Bates. “So, we’re really cognizant of costs and consumer value. Consumers need value, they’re in an inflationary environment as well. So, there are trade-offs. If they’re paying more for fuel, they need to be very conscientious at the grocery store.”

Looking to the future, Bates says he expects strawberries to become an increasingly important part of the company’s offerings. BCHH is also considering expanding to export products into Asian markets. But they will also continue to refine their current offerings.

“There’s such an abundance of opportunity in varieties and innovation, it’s really, ‘Where do consumers want to go?’ Right? Where do they want to take this? What do they want? It’s really consumer driven. But strawberries will be a big one and continuing innovation in tomatoes, peppers, seedless mini-peppers and with a focus on taste. Our brand is Big Taste, and we live by our brand.”

Bates says that one of the key things that distinguishes BCHH from others in the sector is their passion for their consumers.

“We really try to connect with the end user and get their feedback on products,” says Bates. “I talk to consumers all the time that reach out to our company and talk about the products. I like to get what their feedback is and see what they’re looking for and what their response is to our products.”

But the real lifeblood of the business, even more than state of the art greenhouses and expertly cultivated seeds are the growers themselves.

“In addition to David Ryall, BCHH has some of the most talented growers around,” says Bates. “Armand Vander Meulen, Lawrence Jansen, Herbert and Eric Schlacht, just to name a few. Their expertise, hard work and diligence are a huge part of the continued success of BCHH. We’re really grateful to them, for everything they do in feeding Canadians and Americans.” ”