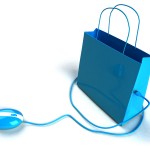 Canadian consumers spent approximately $ 15.3 billion in 2010 ordering
goods or services for personal or household use, according to a survey
released by Statistics Canada Wednesday.

Oct. 14, 2011 – Canadian consumers spent approximately $15.3 billion in 2010 ordering
goods or services for personal or household use, according to a survey
released by Statistics Canada Wednesday. The report also looked at how Canadians use the Internet.

Here's the full release from StatsCan:

In 2010, 80 per cent of individuals aged 16 years and older used the Internet
for personal use. Significant differences in use rates exist based on
age, income, location and other factors.

Residents of British Columbia (86 per cent) and Alberta (84 per cent) reported the
highest use rates. Rates were lowest in Newfoundland and Labrador (73 per cent)
and New Brunswick (70 per cent).

Among individuals living in census metropolitan areas (CMA) or census
agglomerations, 82 per cent used the Internet, compared with 72 per cent of those
living outside of these areas. CMAs with the highest rates of use
included Calgary, Saskatoon, Barrie, Ottawa–Gatineau, and Halifax (all
at 88 per cent), as well as Vancouver and Victoria (both at 87 per cent).

Overall, Canadians are experienced Internet users, with almost
one-half of users (47 per cent) having been online for 10 years or more. About
three-quarters (76 per cent) used the Internet at least once a day in a typical
month.

Among Internet users, one-third (33 per cent) went online with a wireless
handheld device. These users tended to be younger and more experienced
Internet users. The majority (59 per cent) were under the age of 35, and most
(60 per cent) had 10 or more years of online experience. Nearly one-half (47 per cent)
also came from households in the highest income quartile.

Seniors accounted for about one-half (51 per cent) of non-users. Nearly four in 10 non-users (39 per cent) came from households in the lowest income
quartile.

A majority of non-users (62 per cent) said they did not use the Internet
because they had no need or interest, did not find it useful, or did not
have time. Over one-fifth (22 per cent) mentioned a lack of skills or training,
or that they found the Internet or computers too difficult to use.
Limited access to a computer (12 per cent), cost of service or equipment (9 per cent) or
age (9 per cent) were other reasons cited for not going online.

Many participated in social media. A majority (58 per cent) used social
networking sites, including 86 per cent of Internet users under the age of 35.
Female users (62 per cent) were more likely than their male counterparts (54 per cent)
to use social networking sites.

In 2010, 51 per cent of Internet users ordered goods or services for personal
or household use. In total, Canadians placed nearly 114 million orders,
valued at approximately $15.3 billion.

Among those who placed an order, individuals averaged about 10 orders
over a 12-month period, with an average total value of $1,362 per
person.

Of those who placed an order, 55 per cent purchased travel arrangements (for
example, hotel reservations, travel tickets and rental cars) and 48 per cent
ordered tickets for entertainment events.

Most shoppers (83 per cent) placed orders from companies in Canada, while 60%
ordered from vendors in the United States, and 18 per cent from vendors in
other countries.

Nearly three-quarters (74 per cent) of Internet users window shopped online,
or browsed for information on goods or services, without necessarily
placing an order.

Reasons for not ordering online

Of those who did not place an order, nearly one-third (32 per cent) said that
the main reason was that they had no interest, while 26 per cent preferred to
shop in person, and almost one-fifth (19 per cent) cited security concerns.