May 5, 2010By Submitted by BVB Substrates

May 2010, De Lier, the Netherlands – Substrate
supplier BVB Substrates has launched a new substrate for the international
vegetable-growing sector.

May 2010, De Lier, the Netherlands – Substrate
supplier BVB Substrates has launched a new substrate for the international
vegetable-growing sector. BVB Sublime enables
growers to achieve optimum crop control and maximum yields. The raw material
supplier, the foam producer and BVB Substrates have been working together on
this innovation for three years. 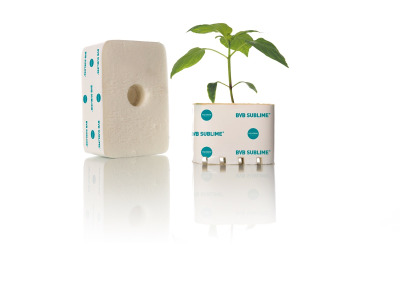 BVB Sublime is made of Polygrow, a polyurethane foam
with a high pore volume. It has been specially formulated for use in
horticulture, so it is extremely airy, hydrophilic and retains its shape well.
The material is inert, which means it does not react with other substances.

“The food safety of this substrate has been
extensively tested and confirmed,” said company director Jaco Dijkshoorn.
“Neither we nor our partners are taking any risks in this area at all.”

It is also a pure and consistent substrate because it
is produced industrially.

Over the past few years, the substrate has been
extensively tested by horticultural companies and at the Sint Katelijne Waver
vegetable-growing research station in Belgium. In the 2008-09 growing season,
the yields achieved at the research station were five per cent higher on
average with three cucumber crops and seven per cent higher from one tomato
crop. 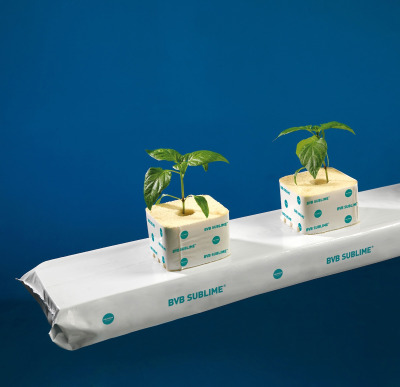 Practical trials this year in the Netherlands and
abroad will show whether these results can be achieved again. As many as 51
growers are currently trialling BVB Sublime, some of whom are using it in half
or all of their greenhouses. It is also being used in Spain, Greece,
Canada and Korea, says Dijkshoorn.

The tests in 2008-09 revealed more benefits for
growers. The substrate can be resaturated at any time. And the quality of the
slab, said the company, is maintained throughout the entire growing process. In this way, the grower can
control moisture levels well, achieve optimum crop control and grow in a more
generative way. This is a big advantage for growers in warm climate zones, too.