Jan. 29, 2009, Bogota, Colombia — Although consumer spending may be
down, there’s one area where many Americans are willing to forego the
budget, and that’s romance.

Jan. 29, 2009, Bogota, Colombia — Although consumer spending may be down, there’s one area where many Americans are willing to forego the budget, and that’s romance.

In fact, according to the just-released National Retail Federation’s 2009 Valentine’s Day Consumer Intentions and Actions survey, conducted by BIGresearch, this year the number of flower purchases will be nearly the same as last year. The survey revealed over one-third (35.7 per cent) of people will buy flowers compared to last year’s 35.9 per cent.

To meet the demand for beautiful flowers, Florverde®-certified farms are planning to ship more than 300 million stems to the U.S. in time for Valentine’s Day. Two out of every three flowers sold in the U.S. are grown in Colombia and the majority of these blooms are grown on the 163 farms participating in the Florverde program. 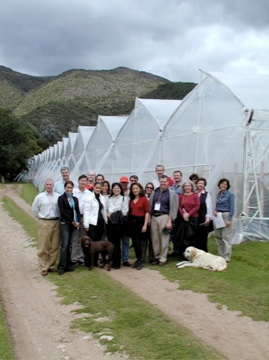 “Florverde is a third-party certification program that represents a commitment to social and environmental responsibility by Colombian flower growers,” said Augusto Solano, president of Asocolflores, the Association of Colombian Flower Exporters. “When Americans purchase flowers this Valentine’s Day, they are not only expressing an act of love and communicating emotions, but also supporting businesses in the United States as well as global environmental progress and social programs that help Colombian flower workers and their families.”

Florverde farms have greatly contributed to improving the quality of life of their workers, as well as preserving the environment. As of December 2008, the more than 163 farms participating in the program together amount to 5,787 acres of flower production in Colombia. There are nearly 45,000 workers benefiting from the Florverde programs and more than 700 million flower stems certified under this program are shipped throughout the world.

ABOUT FLORVERDE
Established in 1996 and labelled with a Spanish name meaning “green flowers,” the Florverde program has made ongoing advancements to improve Colombian workers’ quality of life and to ensure Colombian-grown flowers meet specific environmental standards. The Florverde-certification program was created by Asocolflores with a vision to lead the flower industry and improve practices by establishing and regulating a set of social and environmental standards, as well as a code of conduct.

Validating the progress, GlobalGAP (The Global Partnership for Good Agricultural Practice) recognized Florverde’s socio-environmental practices with the GlobalGAP international seal. Florverde and GlobalGAP standards are now equivalent and mutually accepted by all trading partners. The GlobalGAP seal and standard is one of the most important and recognizable certifications in the world promoting sustainable agricultural practices.