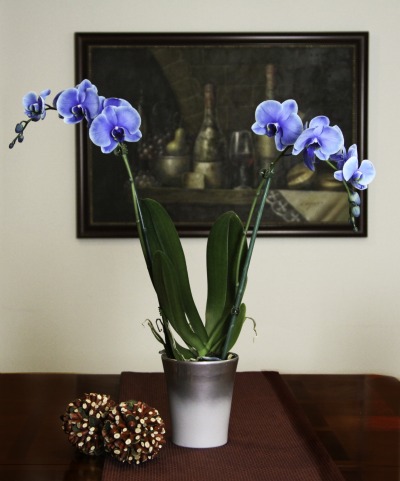 “It’s such an honour to have ‘Blue Mystique’ recognized for its true distinction,” said Silver Vase CEO Andrew Bartha. “We’re excited about the possibilities of Blue Mystique in homes, offices and interiorscapes everywhere.”

It features long-lasting blue blooms on a single or double spike. Blue Mystique comes in a 5" pot.

Silver Vase, Inc. brought year-round availability of Phalaenopsis orchids to the United States. Founded in 1988, the company is known as one of the most innovative potted plant growers in North America. Its fully robotized and environmentally friendly greenhouse operation produces more than two million units from nearly one million square feet of climate-controlled facilities.

Silver Vase operates its own distribution network, serving a broad range of customers, and is the largest U.S. partner to Dutch breeder Floricultura.