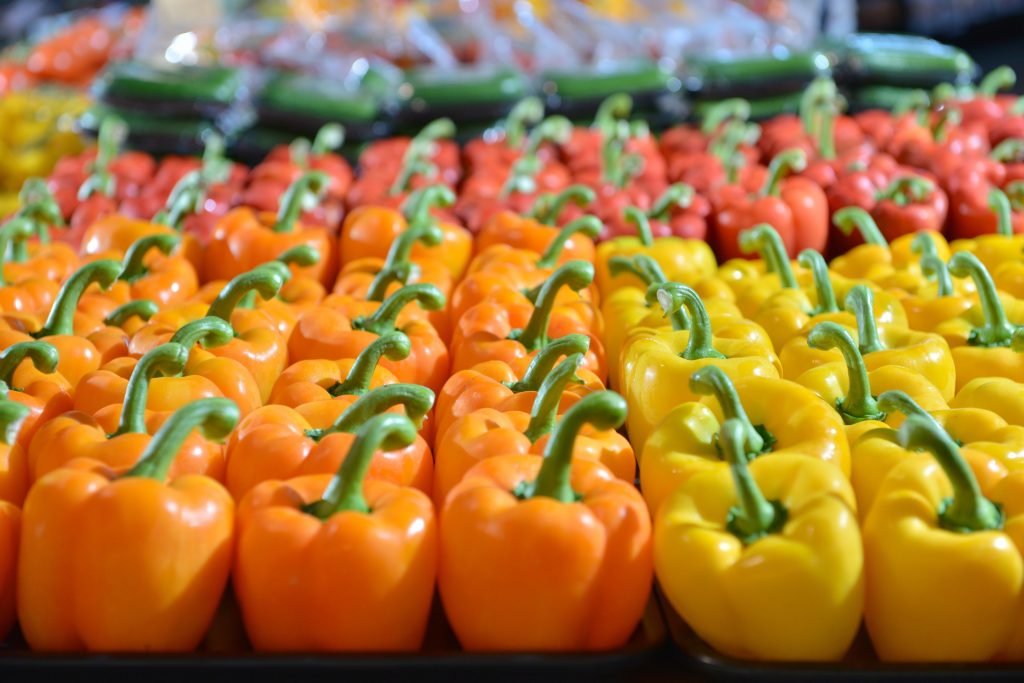 The last two decades have been a time of significant change for Ontario’s greenhouse vegetable industry. The sector has grown, increasing production and expanding markets for the cucumbers, tomatoes, and peppers its producers grow under glass.

According to OGVG General Manager Joe Sbrocchi, the sector has expanded at an average rate of 6.2 to 6.5 per cent annually in recent years, fuelling the need for focused market development activities outside of Canada.

“The reality is that the Canadian marketplace relative to our three main commodities is fairly saturated, so to feed our growth, we need to expand into other markets,” he says, adding that greenhouse production is expanding in the United States and Mexico as well.

“Our product is displacing field-grown because of the insecurity of open field production and severe weather patterns,” he says. “There is plenty of opportunity.”

Retail sales had always been strong, but recently food service markets began increasing as well – most restaurant burgers include a fresh tomato slice, for example.

With more than 70 per cent of Ontario’s greenhouse vegetable production exported south of the border, the United States remains the sector’s biggest market.

In the last several years, OGVG has shifted its focus toward making inroads in China. A product as perishable as fresh produce can’t be shipped by sea, though, and the global scale-back in air cargo availability due to COVID-19 has temporarily halted Asian market expansion.

“It’s our goal to be a global leader in greenhouse farming and we believe we have every capacity to do that as long as we have the right elements, and the funding programs are part of that,” he says. “It’s an accelerator – we wouldn’t be where we are today without it. We would still be growing, but this creates the ability to be more laser-focused and target certain pieces of expansion or understanding consumer behaviour very specifically.”

Sbrocchi remembers an OGVG in-store cucumber sampling program in the United States as being particularly impactful. It tripled cucumber sales for the marketer he was working for at the time – something he says wouldn’t have happened without the in-store support OGVG was able to offer through a market development project.

Funding and support from the Agricultural Adaptation Council (AAC) has been key to a number of market development projects for greenhouse produce.

An early project, for example, was an in-store sampling partnership with Chicken Farmers of Ontario for greenhouse cucumbers and tomatoes as part of the Small Projects Initiative (SPI) in 1999 and 2000.

The project launched most recently, as part of the Greenhouse Competitiveness and Innovation Initiative, is looking at how the COVID-19 pandemic is impacting consumer buying habits for greenhouse vegetables in the United States.

Other strategic plans supported by AAC include targeting the food service market and expanding market share in the U.S. and Asia.

Since its founding in 1995, AAC has delivered more than 30 different funding programs to the agri-food sector on behalf of both the provincial and federal governments. The organization’s hallmark has been its unique model of industry-led decision-making by elected board members representing different agricultural sectors. It’s staff are able to advise and support applicants with their projects during the application process as well, something that member organizations appreciate.

“You have to have someone in the middle who understands the ropes and how to navigate the programs and the AAC staff are very helpful; you can call them and ask for advice even as projects are flowing,” Sbrocchi says. “In our world, there are divergences from project plans and applications, and they help us with the flexibility to accommodate that.”

Today, AAC has 65 member organizations and a member-elected board of 16 directors, which includes two youth-at-large seats.

The Council is currently delivering phase two of the Greenhouse Competitiveness and Innovation Initiative, funded by the Ontario Ministry of Agriculture, Food and Rural Affairs, for Ontario’s greenhouse industry. AAC is also a delivery partner for Agriculture and Agri-Food Canada’s Emergency Processing Fund for food processors in Manitoba, Nunavut and Ontario, and manages projects under the Ontario Regional Priorities Partnership Program through a collaboration with Ontario Genomics and Genome Canada.

“For almost 25 years, AAC has worked in partnership with both the provincial and federal governments to administer funding programs that strengthen the agriculture and agri-food industry,” notes AAC Chair Chris Hiemstra. “As a member-driven organization, we know the industry is changing and AAC continues to adapt with it so that we can continue to support the growth and development of the sector.”