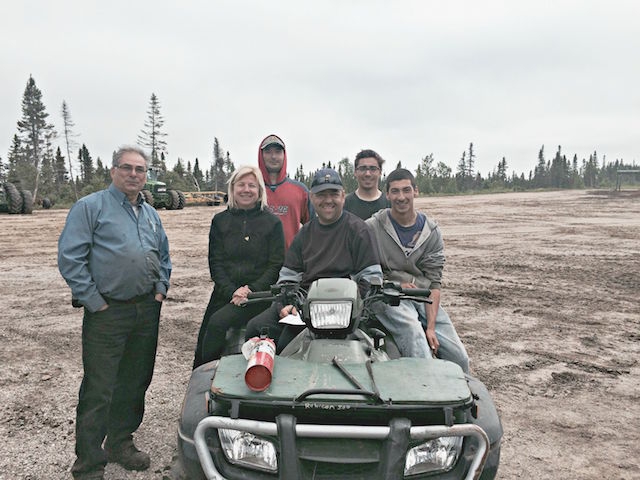 July 28, 2015, St-Modeste, Que. – Given the sustained increase in demand for its products, Berger has announced plans to build a peat processing and bagging plant in Rivière-Pentecôte on the North Shore of Quebec, where it is has been harvesting peat since 2006.

This project represents an investment of $3.6 million and is made possible through a non-repayable financial grant from the ministère de l’Énergie et des Ressources naturelles (Department of Energy and Natural Resources) through the ÉcoPerformance program.

“The establishment of this plant on the cutting edge of technology will allow the elimination of 7,861 tons of greenhouse gas emissions (GHG),” says Berger CEO Claudin Berger.

“We now have three years to complete plant construction, and then we will compute GHG emissions from the start of operations.”

In addition to positive impacts on the environment, particularly by reducing the transportation of raw material, the region will benefit from this new activity.

In fact, it is estimated that eight jobs will be created with the opening the plant. This number may gradually increase up to 15 jobs over a period of seven years.

The start of construction will also have direct and indirect benefits on the regional economy, particularly through the granting of contracts to various local providers.

This facility will become the eighth plant in Berger’s already well-established network in North America and will allow it to increase its deliveries of finished products to export markets.

It also consolidates the presence of Berger on the North Shore of Quebec region, where the harvesting of peat will become increasingly important in the coming years.

“This investment will allow Berger to continue its growth and achieve its long-term strategic orientations. The third generation fully intends to further develop the company,” explains Valérie Berger, vice-president of administration and development.

With over 50 years of experience, excellence, and evolution in the industry, Berger enjoys a strong international presence.

Headquartered in St-Modeste, Quebec, the company operates 12 bogs and eight plants located throughout North America. In addition, Berger products are sold in over 20 countries worldwide. The mission of its team of 500 employees is to responsibly select and process raw materials to produce horticultural growing media.