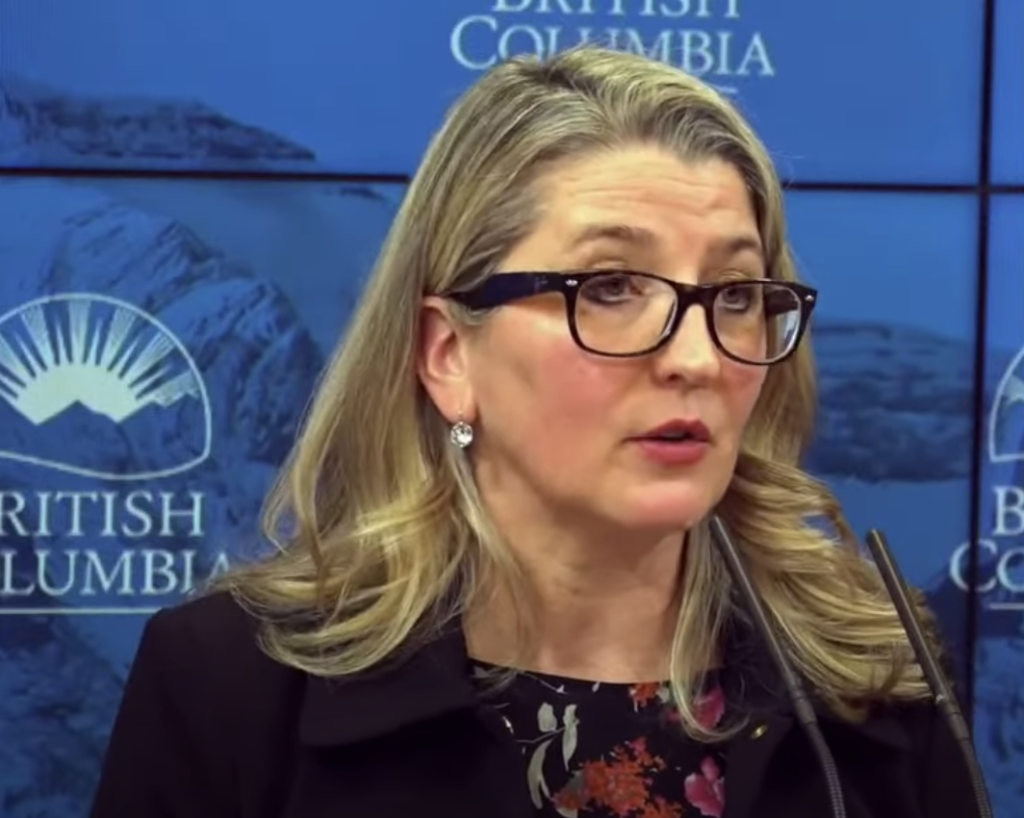 The provincial and federal governments jointly announced the Canada-BC Flood Recovery for Food Security Program on Monday. The program is meant to help farmers who have “incurred extraordinary expenses from uninsurable damages.” Eligible expenses include clean-up, repair and restoration of land and buildings for agricultural production, repairing uninsurable farm structures and equipment, rental of temporary production facilities, among others.

“The flooding and landslides resulted in the largest ever agricultural disaster in BC’s history and arguably one of the worst years ever for farming in our province,” says BC Minister of Agriculture, Lana Popham during a media availability on Monday. The damage to the B.C. agriculture sector is estimated at $285 million.

Popham says they’ve started assessment on the soils. “We do know that there are some instances of contamination. This recovery package will include assistance with remediation of that soil.” As applications for the program begin to roll in, Popham says their staff will be taking soil samples in question and making sure remediation plans are in place.

The Government of British Columbia is disbursing recovery funding in two categories. Farms with less than $2 million in annual revenue will be eligible to receive up to 90% compensation, which the province will seek reimbursement for through the federal government’s Disaster Financial Assistance Arrangements (DFAA).

For larger farms with annual sales of over $2 million, they will be eligible to receive up to 70% compensation through the federal-provincial AgriRecovery initiative, which is cost-shared 60-40 respectively between governments.

Program criteria and application forms for the Canada-BC Flood Recovery for Food Security Program are available at gov.bc.ca/agrifloodrecovery. One-on-one assistance in English and Punjabi is available to farmers through agrirecovery@gov.bc.ca or 1 888 332 3352.

“By combining AgriRecovery with the Disaster Financial Assistance program for producers, the provincial and federal governments have reduced eligibility barriers, provided higher compensation rates, and alleviated much of the administrative burden we would have otherwise seen,” says Stan Vander Waal, President of BC Agriculture Council.

A suite of Business Risk Management (BRM) programs is available through the Canadian Agricultural Partnership to assist farmers in managing disaster events, including flooding. These include AgriStability, AgriInvest and AgriInsurance.

“I also urge producers to sign up for the Agristability program which can help them cover severe drops in farm income in situations like this,” says Marie-Claude Bibeau, Federal Minister of Agriculture and Agri-Food who was also on the call. “Farmers can sign up late for the 2021 program so they can still take advantage of the income support.”

More than 1100 farms, 15,000 hectares and 2.5 million livestock from the Sumas Prairie in Abbotsford to Merritt and Princeton were impacted by the floods.

In addition to the multi-year pandemic, the province’s producers also endured a severe heat wave and wildfires last year.

Source: BC Ministry of Agriculture