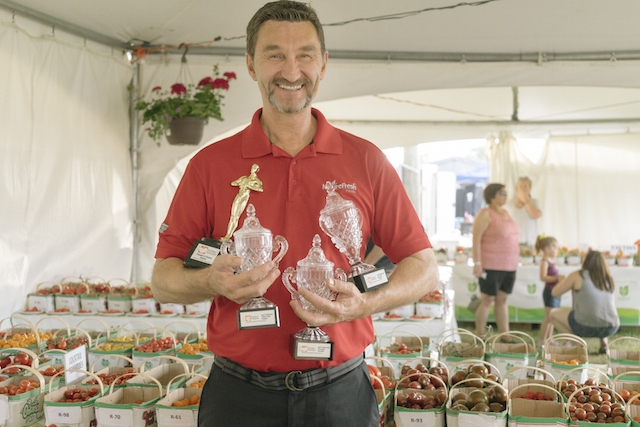 Among dozens of entries, NatureFresh™ won the following categories:

The competition allows for greenhouse growers and marketers to showcase the best that they grow.

With 16 different product segments split into three primary categories as the Hottest Tomato, Perfect Pepper, and Coolest Cucumbers, the general public has the opportunity to taste hundreds of different types of vegetables to select the best entries in the competition.

Done under secret ballot, consumers get a true blind taste test on selecting the best varieties. The entry with the highest amount of public votes through Friday and Saturday for each competition wins the People’s Choice Award.

“We are very pleased to have won these top awards for our tomatoes and bell peppers,” said Peter Quiring, owner and president of NatureFresh Farms.

“Our employees take great pride in growing the best vegetables we can and when you receive awards like this, especially the People’s Choice Award, you know you are doing good things.”

All funds raised from the competitions go to REACH International. This local charity has raised hundreds of thousands of dollars to build schools and clinics, drill water wells, and sponsor and care for impoverished children in Uganda.

NatureFresh will be featuring the winning varieties at the upcoming United Fresh Tradeshow and Convention this week in Chicago. To learn more about the varieties and the extensive products that NatureFresh grows, visit booth #1238.