The banquet culminated a three-day event where industry representatives, judges, breeders, growers, retailers and resellers gathered to visit All-America Selections Trial Grounds and Display Gardens in and around Madison, Wisconsin.

The prestigious AAS Medallion of Honor is presented to an individual who has given a lifelong dedication to the advancement of horticulture. 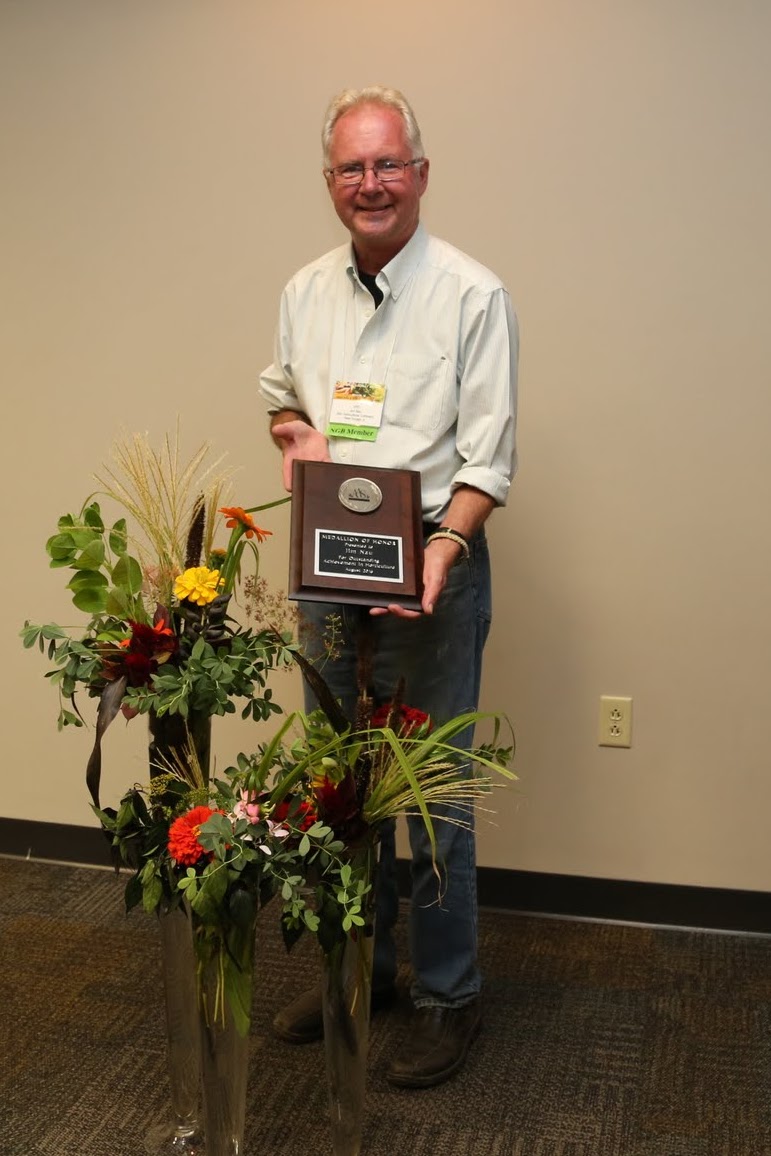 Jim Nau of the Ball Horticultural Company is this year’s recipient.

Nau started his career in June 1982 right out of college where he earned his degree from Iowa State University. The Gardens of Ball have evolved and thrived under Jim’s 34 years of managing those showplace gardens. Jim’s work in The Gardens of Ball has earned him a stellar reputation as a knowledgeable plantsman, an author of multiple books and countless articles, and a friend to many.

Jan Patranella, Ball Seed, who has also served as an All-America Selections judge, presented a heartfelt summary of Nau’s career with the Ball companies. As a long time judge, Nau has given many hours to the organization even before taking on the additional roles of director, vice-president, president and then past-president.

The All-America Selections Breeders Cup was established in 2004 to recognize a plant breeder who dramatically influenced horticulture by breeding new cultivars that brought significant improvements to those classes. The 2016 Breeder’s Cup Award recipient is Janika Eckert of Johnny’s Selected Seeds in Albion, Maine.

Christopher Saladi, Canadian sales manager at Johnny’s, presented Eckert with her award while chronicling her interesting and varied career leading to her becoming a vegetable breeder. 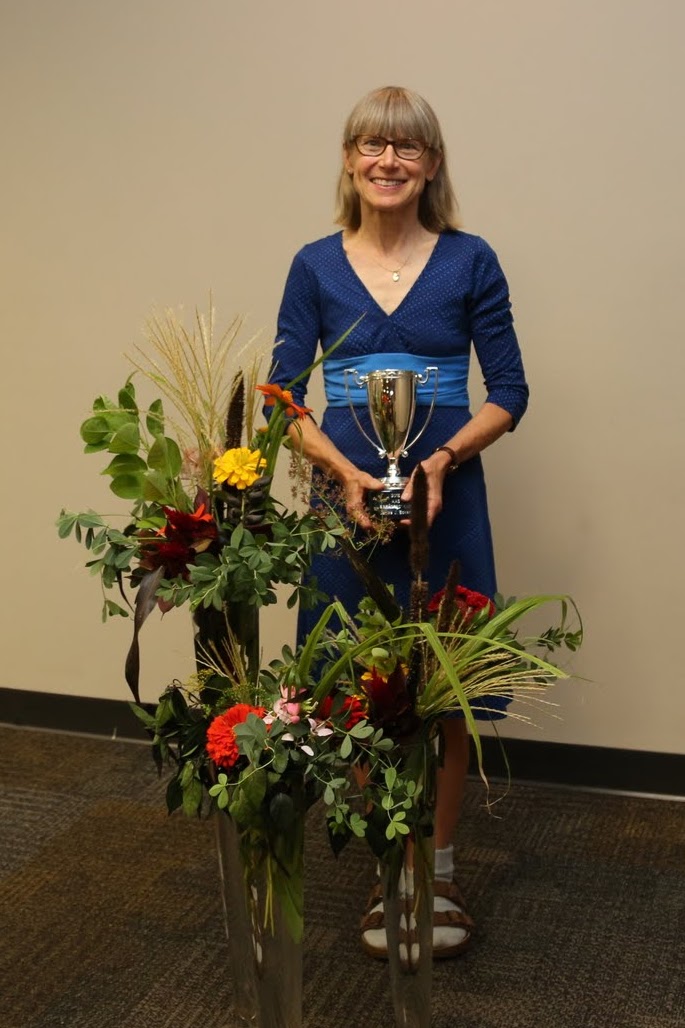 Eckert’s first AAS Winner was Diva cucumber in 2002. That was followed quickly by Carmen pepper in 2006 then Escamillo and Cornito Giallo peppers earlier this year. Originally from LaCrosse, Wisconsin, and a graduate of the University of Wisconsin, Eckert was especially pleased to return to her home state in 2016 to accept her award.

All-America Selections was founded in 1932 and continues as the oldest independent plant testing organization in North America. Every year, never-before-sold varieties are trialed in our Trial Grounds where professional horticulturists determine which varieties will be deemed winners based on their garden performance. AAS relies upon a public relations program to inform gardeners about AAS Winners that are announced three times a year.

For more on the AAS, view our video report conducted during this year’s Cultivate’16 show.