The Business Excellence Awards recognizes the integrity, creativity, and dedication that helps a business succeed despite challenging times. 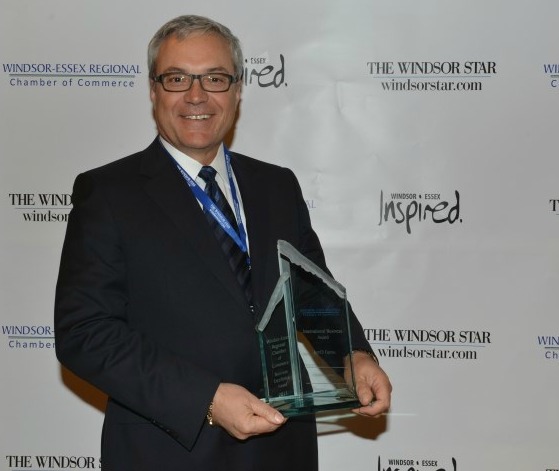 Since 1991, the Business Excellence Awards (BEA) has become the premier event of the year, recognizing the achievements and contributions of business leaders in Windsor and Essex County.

The JemD Farms ownership team was pleased that their ongoing growth and progression has been acknowledged with this prestigious award.

“It is such an honour to have won this award,” said said Jim DiMenna, president of JemD Farms  (photo). “Being recognized by our business neighbours and peers is truly an accomplishment.”

JemD Farms owns and operates high-technology greenhouse facilities in Canada, Mexico and have just begun construction in the United States providing the North American consumer with year round supply of specialty tomatoes, bell peppers and cucumbers.

Click here to view our June 2012 feature article on DiMenna and JemD.