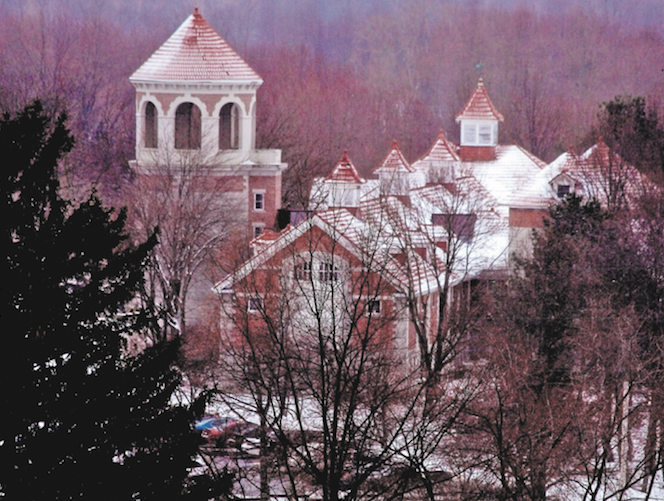 The corporate headquarters in Barberton, Ohio. It is in close proximity to where the greenhouses once stood. Originally it was one of the cattle barns on the Anna Dean Farm where the Yoder brothers worked, managing the farm owners’ greenhouse operations.

From humble beginnings in the early 1920s of growing vegetables and a few flowering plants in Ohio, Aris Horticulture has risen to a global greenhouse empire.

The Canadian division of the company is Keepsake Plants Ltd. in Leamington, Ont.

“We are incredibly proud to celebrate our 100th anniversary and humbled by the fact that few companies reach this major milestone,” states Christine Kelleher of Aris Horticulture. “It would not have been possible without the support of our customers, distribution and breeder partners, suppliers, employees, and the communities we’ve worked with over the years. Thank you!”

In November 1920, Ira and Menno Yoder established the company as Yoder Brothers located in Barberton, Ohio. They purchased the business from an agricultural industrialist, O.C. Barber who captured a leading position in the world’s match business, with an idea to bring industrial methods learned in agriculture to vegetables, mushrooms, and flowers.

Through scientific methods, technologies were used to develop the Chrysanthemum into a year-round, worldwide crop. From there, the company became a global leader in mushrooms and horticulture.

The Leamington operation was originally established in 1964 as a partnership with Atkins Flowers. New greenhouses were built in 1965 to produce flowering potted plants for supermarket retail sales.

“I can see nothing but continued opportunity for growth and development in fulfilling our mission to provide industry-leading quality and service at competitive prices through Aris’ distribution system,” says Scott Schaefer, Aris CEO. “There are plenty of good things in the works to come.”

The company stretches across the globe, including Florida, Pennsylvania, Ohio, South Carolina and California in the U.S., Canada and European Union countries: England, Denmark, Germany, Holland, with other production facilities in Kenya, Colombia, and the Canary islands.

The knowledge gained over the years has been applied to many other crops, including Azaleas, Hibiscus and Perennials. For example, Aris invested in perennials in 1996 and utilized its expertise in stock management to achieve both efficiency and clean stock. Making things better has been a driving force for the company.

“Today, what began as a sustainable agricultural farm is now one of the largest, diversified vertically-integrated greenhouse operations in the industry,” states the press release.

“Aris’ dedicated employees are the heart of our success; worldwide employment reached into the thousands during peak times,” states Kelleher.

Excited to add to the company’s storied past, Kelleher adds that “it would be great to hear your favourite stories and memories of Yoder/Aris over this time. Email us at 100th@Arishort.com.”

Keepsake Plants Florida (finished and young plants) and Canada (finished products for mass retail and specialty. Tradewinds Hibiscus is the brand leader and Keepsake Azaleas are best in class;

Must Have Perennials (IP) Brings new, innovative perennials to market, and provides support for the horticulture trade, from breeders to growers and propagators, retailers and end consumers; and

“Our motto is ‘we have a size for that,'” states Kelleher.

Related
Two herbaceous perennials named AAS Winners
Annuals and perennials that cause a buzz
Growing perennials on schedule
2020: The year of the garden