Nov. 10, 2010 – The family of Robert A. Moore Sr., the inventor of
wetting agents for growing media and founder of Aquatrols Corporation of
America, has announced his passing on Nov. 4th of this year.

Nov. 10, 2010 – The family of Robert A. Moore Sr., the inventor of wetting agents for growing media and founder of Aquatrols Corporation of America, has announced his passing on Nov. 4th of this year.

He is survived by his three children – Demie Moore, Tracy Jarman and Andy Moore – who continue to direct Aquatrols and carry on the legacy their father began. 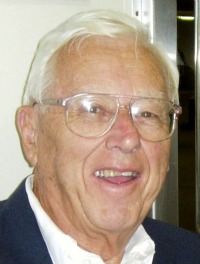 A chemical engineer by education, Mr. Moore joined the supply side of the horticulture industry in the late 1950s after inventing the first wetting agent, AquaGro, to improve water penetration in soils and nursery mixes. In the early 1960s he worked with Drs. Jim Boodly and Ray Sheldrake to overcome the difficulty of wetting up the Cornell (his alma mater) Peat Lite Mix.

Mr. Moore travelled far and wide and spoke with anyone who would listen about “making water wetter.” He had a reputation for always having the time to talk to students and young growers, who he enthusiastically recognized as “the future.”

Mr. Moore was also active in his community as, among other things, a swim coach for many years, board member of U.S. Pony Clubs, and key member of the organizing committee of the Underwood Memorial Hospital Foundation Golf Classic since its inception in 1994.

Though no longer present physically, his contributions and spirit live on and will endure around the world and forever.

For anyone who may wish to do so, the Moore family has requested that donations be made to the “Bob & Bobbie Moore Memorial Fund,” c/o The Underwood Memorial Hospital Foundation, 509 North Broad Street, Woodbury, N.J. 08096, or the “Aquatrols’ Robert A. Moore Endowment,” (The Environmental Institute for Golf, Attn: Aquatrols’ Robert A. Moore Endowment, 1421 Research Park Dr., Lawrence, KS 66049, http://www.eifg.org/support/moore.pdf).