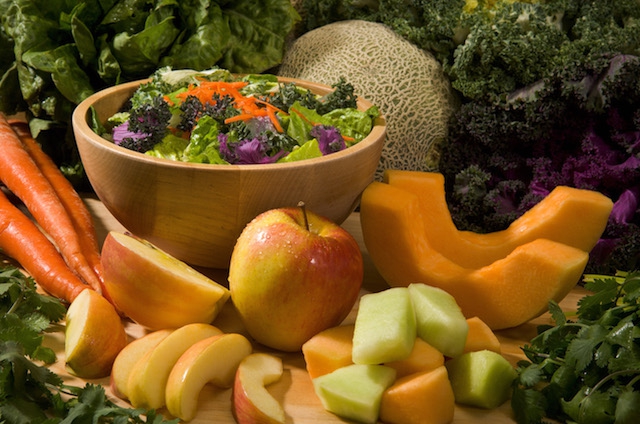 Joshua Gurtler and scientists at NatureSeal Inc. have found that a combination of lactic acid, fruit acids, and hydrogen peroxide can be used in a produce rinse for commercial food distributors.

NatureSeal, based in Westport, Connecticut, already markets an anti-browning wash developed by another ARS team in the 1990s for sliced apples and 18 other types of produce.

E. coli, listeria, salmonella and other foodborne pathogens sicken approximately one in six Americans (48 million people) each year. A recent U.S. outbreak of salmonella associated with cucumbers sickened over 765 people in 36 states and killed four.

“First Step+ 10” is designed to reduce those numbers, and is expected to be used in the commercial flumes and rinse tanks that wash fresh produce, Gurtler says. The ingredients are all classified as Generally Recognized as Safe (GRAS) by the U.S. Food and Drug Administration (FDA).

ALSO APPROVED FOR USE IN CANADA

The wash also has been approved for use in Canada; is U.S. Department of Agriculture (USDA) certified organic; is biodegradable; and does not affect the taste, texture, smell or appearance of produce.

To save water, some food processors reuse wash water, a practice that can contaminate produce in subsequent washes. Along with reducing the risk of contamination, the new rinse will cut back on wastewater because processors won’t have to replace water in their tanks as frequently.

To test First Step+ 10, Gurtler inoculated fresh cut apples, baby spinach, cantaloupe rind and cherry tomatoes with highly resistant outbreak strains of E. coli O157:H7, listeria and salmonella. He soaked them in the wash for five minutes and then measured pathogen levels in the wash water and on the produce.

The antimicrobial wash reduced pathogen levels on the produce by 99.99 per cent. It also rid the wash water of 100 per cent of pathogens, making it safer to reuse.

Along with securing FDA approval, Gurtler and his collaborators at NatureSeal have filed a patent application and presented findings at scientific meetings.

Read more about this work in the January 2016 issue of AgResearch.