Price recovery was the principal reason why sales increased by nearly seven per cent. In excess of 12 billion flowers and plants were sold over the year through the cooperative’s five Dutch locations at Aalsmeer, Bleiswijk, Eelde, Naaldwijk and Rijnsburg.

“But even this price recovery was not enough in and of itself to put the growers and traders on the road to profitability,” general manager Timo Huges said as the annual figures were unveiled. “So more than ever, it’s crucial to work closely with producers and traders to unlock the market potential that we see.”

The co-operative auction organization, whose production and sales are increasingly international in nature, marks its centenary this year.

The auction’s robust financial health has allowed some money to be returned to its members. “We’ve been able to hand back €19 million to our members, which is half of the money paid in 2010 in member loans – giving them a bit of a breather,” says financial director Erik Leeuwaarden. “With a solvency of 23 per cent and a solvency base of nearly 47 per cent, our co-operative has a sound base.”

Over both 2010 and 2011, FloraHolland has been investing €75 million, especially in logistical resources (such as standardizing the fleet of auction trolleys) and in expansion opportunities for its customers, wholesalers and exporters.

INCREASING ONLINE SALES
Sales at the auctions are becoming more and more virtual. Around 50 per cent of cut flower sales via the auction clock are now processed through Remote Buying (KoA), a system that lets the buyer – whether present in the auction room or anywhere else in the world – make their decisions based on digital information. Over 70 per cent of total flower and plant sales are traded without the buyer ever having physically seen the product at the clocks or at FloraHolland Connect.

The auction clock remains, as ever, a strong sales instrument and one that is being heavily invested in. All locations now have projection clocks, enabling image auctioning (auctioning without the product physically appearing at the clock). 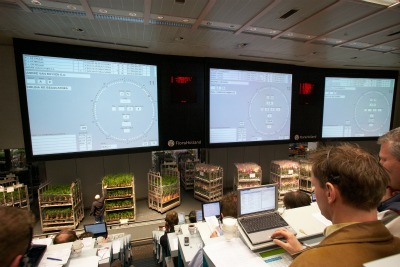 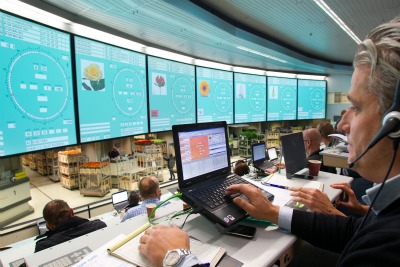