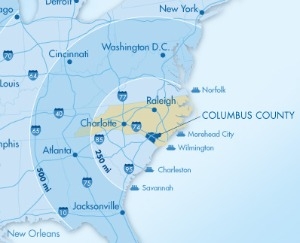 Columbus County (North Carolina) is making plans to work with a private company on a planned co-generation facility that will likely involve greenhouses.

The proposed Columbus Renewable Energy facility may involve landfill gas, but the county’s economic director  would rather see electricity (and steam and heat for greenhouses) from the burning of storm-damaged wood and other wood materials.

The county currently has a produce wholesaler and two sweet potato processors (one is also a grower).

For more on the co-gen project, visit here.