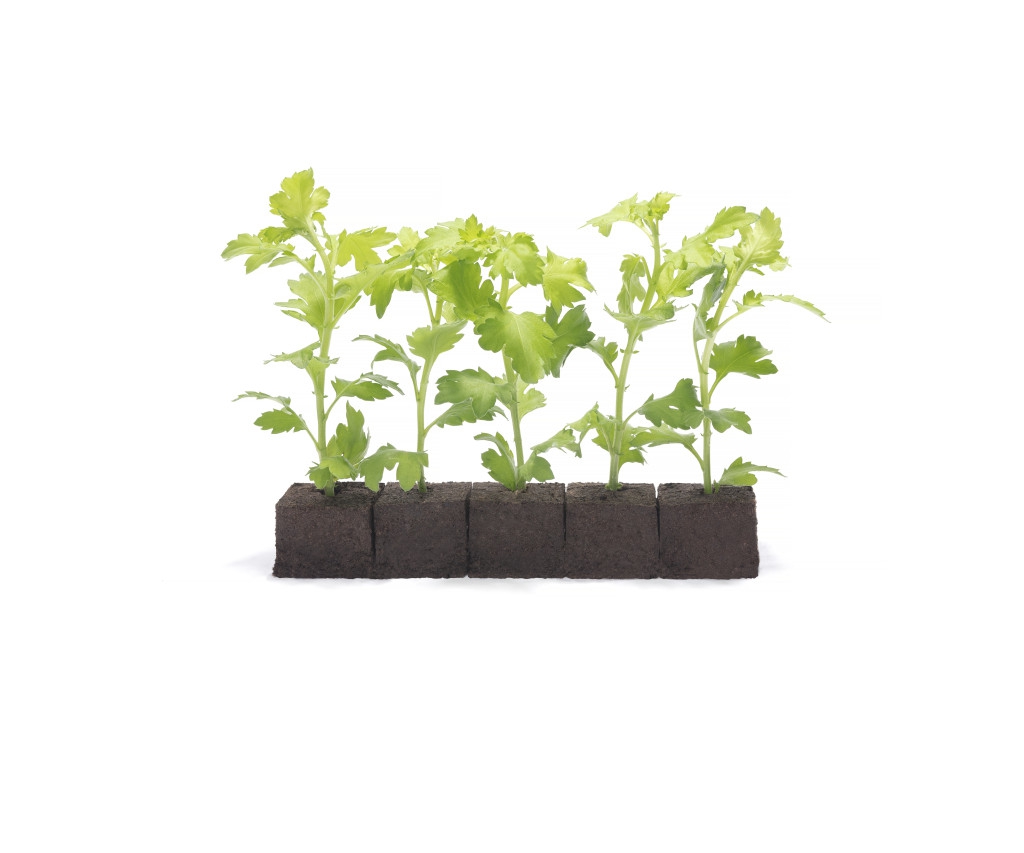 July 17, 2015, Leamington, Ont. — A.M.A. Plastics Ltd, in partnership with BVB Substrates of the Netherlands, is bringing a new version of “sticky peat” to the North American market.

BVB Impress is suitable for press block production and as a germination mix in plug trays.

BVB Impress uses white peat with a mixture of other 100 per cent organic materials with no chemical additives, making it airier and more water absorbing for better roots; more dimensionally stable so it holds its shape; and importantly, much lighter for lower handling and transport cost.

BVB Impress is suitable for propagation of many crops including lettuces, cabbage and other cole crops, cut flowers, herbs and more for field and greenhouse production.

Here’s what a Norwegian grower reported this month on BVB Impress:

“When you introduced the new substrate for peat blocks last winter, we were told that this should be better than the conventional dark peat.

“After using one container each week since February, I think that now in the middle of July, we can have a say about the quality: the substrate takes water much faster than ordinary peat.

“And the seedlings are growing faster after transplanting. We don’t have to irrigate so often that we did before. If we make a mistake and don’t give enough water, in the glasshouse or in the field, it’s not so dangerous anymore.

“This is much better than we expected. Thank you.”

You can learn more about BVB Impress on A.M.A’s YouTube Channel: https://www.youtube.com/watch?v=IPhEuAftFTI.