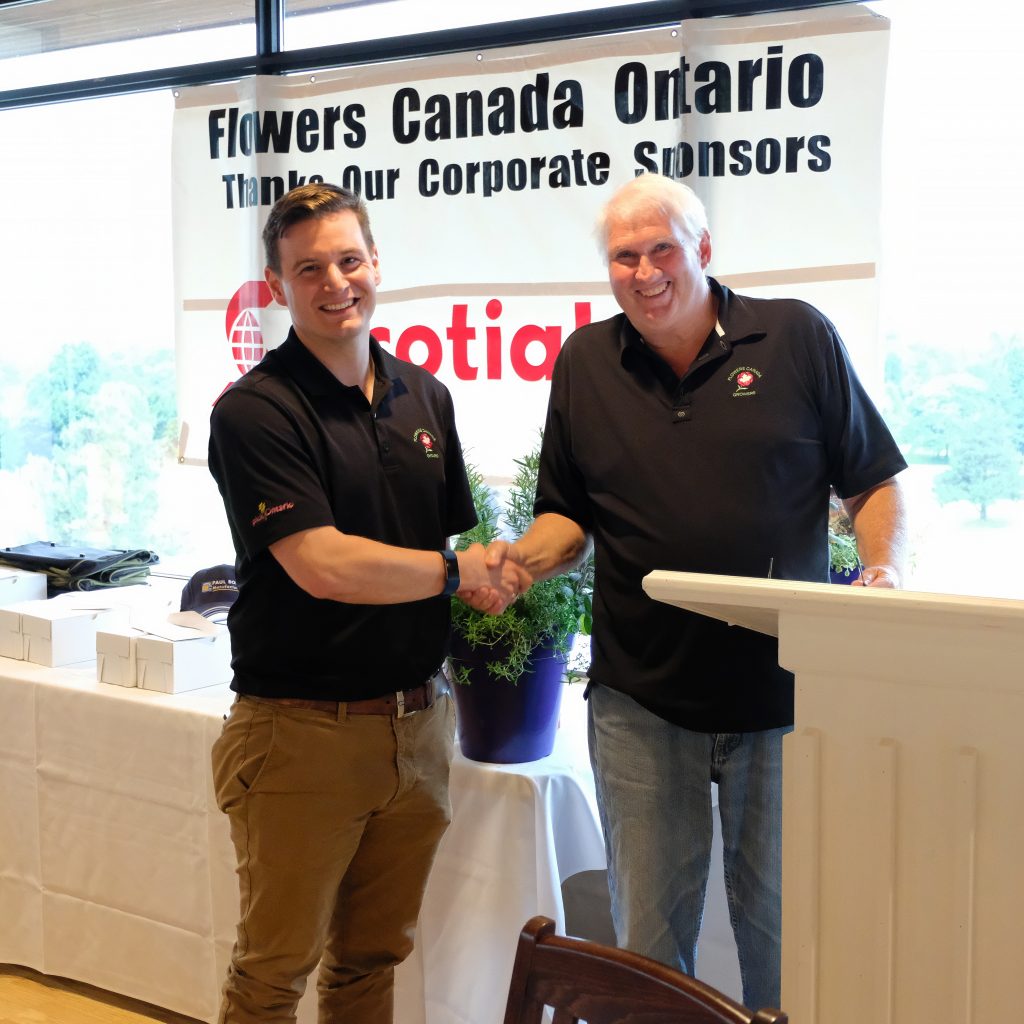 Flowers Canada (Ontario) recently honoured their colleagues’ achievements at their 46th annual golf tournament on June 29 in Fenwick, ON.

Dr. Irwin Smith was this year’s recipient of the ‘FCO Outstanding Contribution to the Industry’ Award. Former executive director of Flowers Canada (Ontario) and Flowers Canada Growers, he’s well-known for his passion for the industry, notes Rachelle Pruss, member relations manager of the same organizations.

Retiring from his role in 2010, Smith was essential in opening dialogue with various levels of government, driving recognition of the greenhouse floriculture industry.

The ‘FCO Lifetime Achievement’ Award went to Rej Picard, who was policy advisor for FCO. As Pruss notes, he was known for his passion for the sector as well as his cheery, yet effective promotion of the industry at all government levels.

Other awards were presented that day for:

Closest to the Wand
Randy Vermeer

Closest to the Restaurant
Ben Benard

All proceeds from the event will be donated to the Cecil Delworth Foundation for floriculture research.