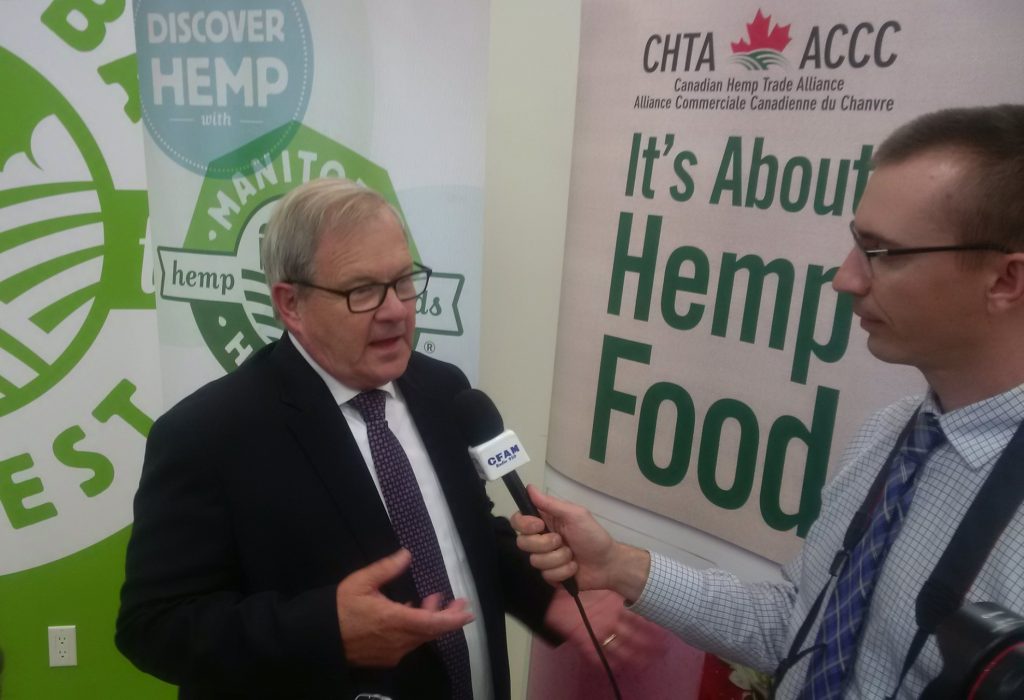 Agriculture and Agri-Food Canada recently announced an investment of $330,550 to help grow the hemp sector.

Hemp is a low-THC form of cannabis, where fibre from the stalks are often used to create environmentally-friendly clothing and building materials. The grain can be used in food products, as well as cosmetics, plastics and fuel.

The invested funds will go to the Canadian Hemp Trade Alliance, a not-for-profit organization that represents more than 260 growers, in addition to processors, manufacturers, researchers and marketers. The purpose is to help establish industry grading standards and quality, growing an already rapidly expanding industry.

Previously, harvest of the entire industrial hemp plant (including its flowering heads, branches and leaves) was not permitted. This was revised by Health Canada in Section 56 of the Controlled Drugs and Substances Act in early August, opening new avenues for use of this crop. This material can then be stored until the Cannabis Act comes into force on October 17.