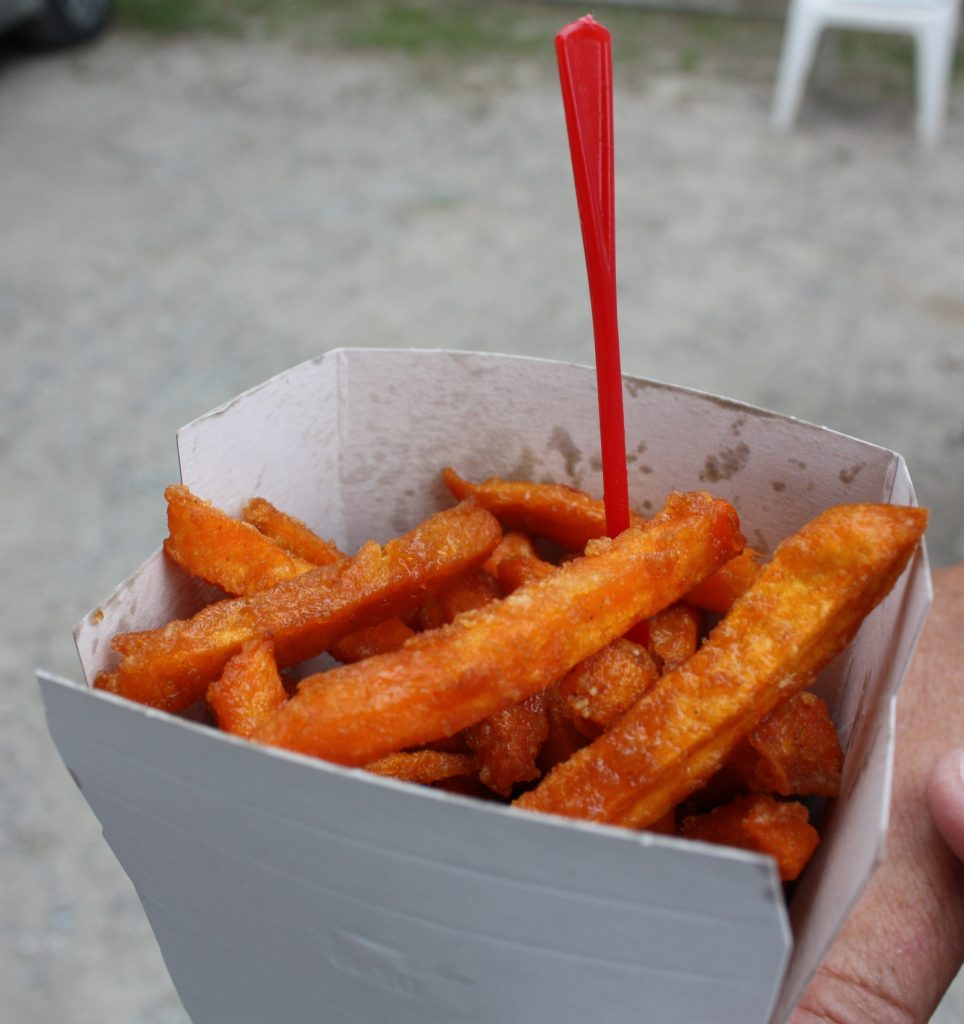 About 1,700 acres of the healthy tuber are currently grown in Canada – mostly in southern Ontario’s Norfolk County – but they’re all longer season varieties from the southern United States.

That’s also where Canada’s growers are getting their sweet potato slips every spring to plant their crops, but they can be in short supply and quality could be compromised.

“Canadian sweet potato growers use U.S. propagators and breeding programs because we don’t have the infrastructure and varieties here,” said research scientist Viliam Zvalo of Vineland. “Also, slip propagation has to be started in March when the ground could still be frozen in Canada. Our challenge is to figure out how we can produce them here so we can supply Canadian growers with quality slips at a reasonable price.”

The current cost per slip may range from five to 15 cents per piece, depending on variety, market supply and volume purchased. Any Canadian slip production will have to be competitive in order to be successful.

In the U.S., growers bud smaller spuds in fields and hoop houses and then grow the slips, but in Canada, the cooler temperatures mean that type of work should be done in a heated greenhouse, increasing costs.

Last year, Zvalo and his team began testing slip propagation in the greenhouse at Vineland, with work on a covered, heated mat system starting this spring.
Researchers are also growing slips from vegetative sweet potato cuttings – the cuttings are rooted, then pruned several times to create a “mother plant” that develops shoots that then grow into slips.

The third approach is experimenting with a multi-layer rack system with LED lights using either small potatoes or cuttings.

“I don’t think there will be just one system for Canada, but more likely a hybrid depending on greenhouse space, production volume and market for slips – it will vary from place to place,” said Zvalo.

And the slip propagation opportunity is a big one. Canada’s growers supply less than one quarter of national sweet potato consumption, with 51.8 million kilograms of sweet potatoes valued at $52.7 million imported into Canada in 2015.

According to Zvalo, that means 8,000 new acres of production to replace imports and at 12,000 to 15,000 slips per acre, the industry will need 125 million slips every year – an approximately $12.5 million possible opportunity for propagators at average price of 10 cents per slip.

“We hope a big chunk of the 8,000 new acres across Canada will be grown using Canadian slips and Canadian varieties,” he said. “If we can bring a shorter season variety to market in time for Thanksgiving, when sweet potato demand is especially high, that would be a huge success for the Canadian sweet potato industry.”

Vineland’s slip propagation work is funded through the Ontario Ministry of Agriculture, Food and Rural Affairs-University of Guelph Partnership.

Lilian Schaer is a communications specialist with AgInnovation Ontario.