A bloomin' big business
The ornamental sector contributes 14.6 billion dollars to Canada's economy. That’s one of the findings of a national study released today by the Canadian Ornamental Horticulture Alliance
(COHA).

That’s one of the findings of a national study released today in both official languages by the Canadian Ornamental Horticulture Alliance (COHA).

And the best is yet to come.

The study authors say that “Canada’s ornamental horticulture sector has …  significant potential to develop and expand.” 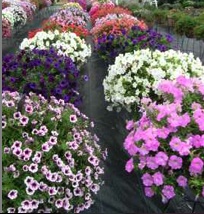 As baby boomers retire, they are expected to increase their spending on gardening to levels between $7.8 billion and $14.4 billion annually between 2011 and 2021. And that’s not only good news for Canada’s economy – on account of 110,750 full-time equivalent jobs which the sector provides now and which are set to grow over the next decade – but it’s great news for Canada’s environment.

Ornamentals are the only products of Canadian agriculture on which GST and provincial sales taxes are collected, contributing an estimated $850 million per year to government budgets.

“Without the support of the program, we could not have completed this groundbreaking research and documented just how important our sector is now and how it will grow over the next decade,” notes Chris Andrews, senior COHA staff resource person.

Deloitte was the consulting firm chosen through a competitive bidding process to complete the study. More information on the importance of the ornamentals sector to Canada’s economy and its role in improving the environment can be obtained from COHA’s new website.