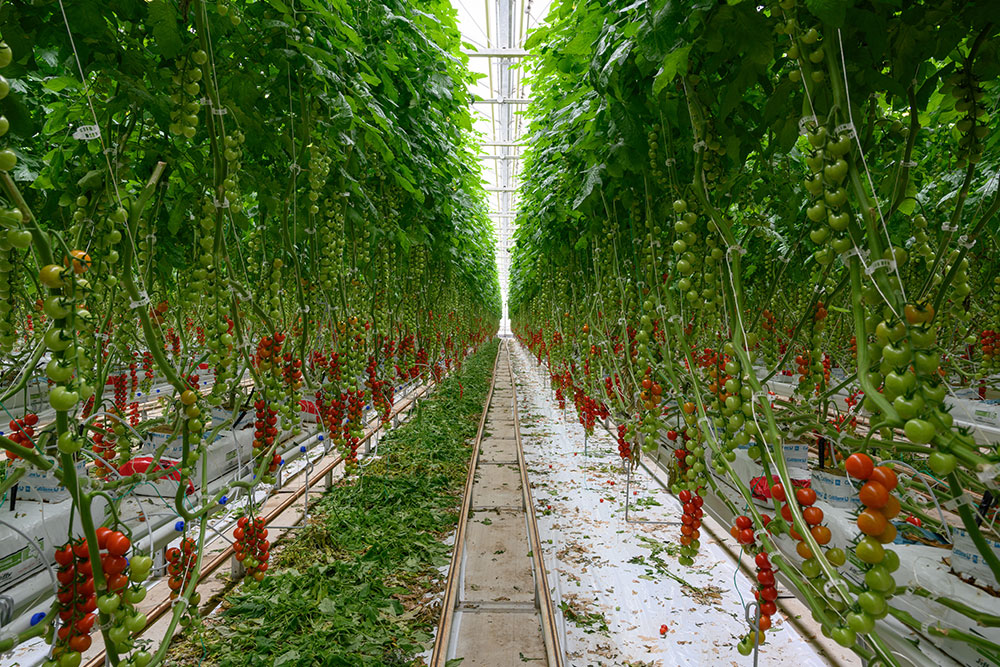 A collaboration between an LED-lighting solutions provider and an Ontario greenhouse is projected to save an estimated $150,000 in annual operating costs.

LED supplier, Fluence by OSRAM is working with tomato grower, Great Northern Hydroponics, to implement LEDs in their facility.

The project also qualified for an incentive through the Independent Electricity System Operator’s (IESO) Save on Energy Retrofit program that will reduce the upfront costs of upgrading its lighting technology.

“We’ve been growing tomatoes for more than 20 years,” Van het Hof said. “As one of the first growers in our region to illuminate crops in a commercial environment, we’ve been immersed in researching and optimizing spectral strategies for plant growth and quality. Since the onset of LED technology, I’ve been particularly curious about how broad-spectrum LEDs could affect plant development. Based on our years of research and trialing, we’ve discovered that crops grow beautifully — with higher yields and fruit weights — under broad-spectrum light.”

Throughout his decade-long exploration, Van het Hof has recorded significant advantages under broad-spectrum LED technology, reporting an increase in biomass and fruit production as well as significant energy savings—reductions which enabled the Great Northern Hydroponics team to leverage the Save on Energy Retrofit program offering growers incentives for energy-efficient lighting upgrades.

“Great Northern Hydroponics has always been a pioneer in leveraging horticulture technology and innovative cultivation methods,” said Steve Graves, vice president of business development for Fluence and long-time collaborator with Van het Hof. “Our work with Guido has informed some of our most important product advancements for vine crop growers throughout the world. Guido and his team at Great Northern Hydroponics have reinforced the validity and efficacy of LED lighting in greenhouse environments.”

Through Fluence’s utility rebate coordination program, the company assists growers with identifying, applying for and, in some cases, creating rebate programs in a facility’s respective region. With Great Northern Hydroponics’ lighting upgrade supported by the Save on Energy Retrofit program incentive, Van het Hof estimates the business will save approximately $150,000 in annual operational costs by replacing its high-pressure sodium lighting with Fluence’s LED technology.

“LED technology is proving to be superior across all categories,” Van het Hof added. “Our plants are flourishing under broad-spectrum lighting, our operational costs are decreasing and our staff is enjoying working with white light versus harsher, redder lights. It’s a win-win for everyone.”